CIO as a team leader… 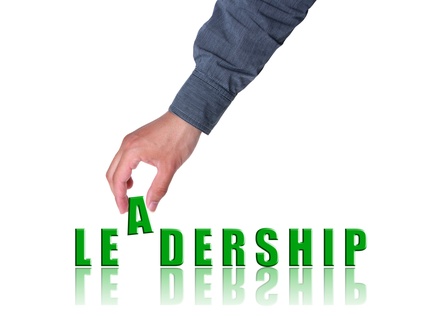 Originally written for and published by Horizon Business Innovation

The role of CIO is more and more about leading a team, and a team of diverse skills and capabilities at that. Healthcare CIOs are used to the term multidisciplinary team, it is intrinsic to integrated care delivery one of the key benefits of technology in healthcare, however the term can equally be applied to a team of IT professionals.

Leading a group of professionals with diverse backgrounds, motivators, knowledge and skill is one of the most important aspects of the CIO role I think. In December 2014 I was lucky to be given the opportunity to lead the digital healthcare function in Ireland. I inherited a team of around 290 directly employed staff and around 300 indirectly employed. As a team it was a group of people who cared passionately about the capacity, capability and function of IT at local levels but had not come together as a single function for many years.

One of the first tasks of the new role then was to bring together these local teams and build ownership of a national vision, a new operating model. By March 2015 the senior management team were able to unveil the route to the new operating model and begin transition, this was marked by the first ever all staff meeting. Bringing together all staff from across the country seemed like a simple but ambitious thing to do, particularly as the team had not done this ever before. The conversations for the day needed to be inspirational and we needed to use the team to make clear not just the new operating model but also the benefits of this. Bringing clinicians to the stage was the best way of doing this at this early stage and certainly the organisations national director for integrated care had the audience really understanding why the new operating model was necessary. The same event was also used to spark an interest in new technology with an Expo type area demoing diverse sets of technology from face recognition to drone tech to wearables.

By September of 2015 the route to a transitioned organisation had been completed, but in reality at this stage the most of what had happened had been a movement of the deck chairs on the deck of the big ship. Everyone now understood their new role but few people had moved to actually doing the new role. This led to the second all staff meeting being put in place, this time not just for staff directly employed but for all people working in healthcare technology across the country. The theme of the second meeting would be transformation and both the Director General and Secretary General of the Department of Health were able to open and close the event. The theme of transformation was illustrated by a number of conversations ranging from the new CIO of a major bank in Ireland talking about technology teams to the futurist view of a technology communicator and broadcaster. The engagement and enthusiasm created in the room was phenomenal and for the first time technology people in health were given ‘permission’ to go forward and innovate, to make mistakes on the way and to be more agile. The transformation process was really given a tremendous kick towards success.

So with transformation now underway it became clear that the engagement of the team throughout the country at a personal level would be of the utmost importance. With this in mind we altered the structure of the Senior Management Team Meetings making them fortnightly and moving them around the country so that as a team we were both visible and available to the organisation. We have a theory that if we can make the senior management team more accessible and more transparent in what it is trying to achieve then we will be able to take the team on the journey with us more easily, transformation to the new operating model was not going to be achieved overnight.

Motivation of a team that has delivered through the adversity of a huge financial downturn and crippling underinvestment in technology and personal development was never going to be straight forward. Meeting staff face to face and delivering open and transparent messages was to be a clear way to try to deliver for the team. Considering Maslow’s hierarchy of needs seemed to be a validation of the effort that needed to be applied. Taking an idea developed and evolved since the 1940’s and then applying this to a team of people in 2016 seemed uncomfortable at first but it has brought rewards and provided a framework for the change we need to make. Certainly we now feel we are trying to deliver on the top three elements of the hierarchy, provide belonging and reason, create an environment where staff can assert their own esteem and finally enable the process of self-actualisation to take place.

The use of social media as an engagement tool is not everyone’s ‘cup of tea’ (maybe that should be pint of Guinness after all I am in Ireland now not Yorkshire). For the very first all staff meeting we created a hashtag to be used internally for all team engagement, #ONEeHI. The SMT and speakers were asked and cajoled to engage on twitter using the hashtag and slowly but surely the identity of all engagement has moved to the hashtag, the latest all staff meeting has even simply become known as the hashtag itself. As we strive for the level of engagement and transparency that we need though we have been able to use social media to make each of the team real to those that want to engage in this way. Social media is not used ‘simply’ for these events but throughout the year as a way to ask questions at any time, as a way to see what thinking is happening where in the team and to simply make real the people that are involved in the changes.

We are a healthcare IT function and one of the next stages of the transformation was to begin the process of real clinical engagement at all levels. As a CIO and CEO of a health technology function I strongly believe that once the transformation has moved us to a platform that we can deliver upon more of what we do needs to be clinically led. So with this in mind as well as creating the single digital function for health we also started to create a clinical engagement function that became known as a Chief Clinical Information Officers council. We also appointed the lead role of this function to SMT to bring us the clinical diversity as part of the leadership team a decision that is bringing huge rewards to how the team functions and delivers.

With this in place and a promise in 2016 of bringing around 50 new resources into the team the next all staff meeting was in early March of this year. Over 300 people descended on Cork to hear conversations about connectivity, the need for us to make connections across the team to ensure that transformation really did become the way in which we worked. The first thing I had to do though was to apologise, we had made promises around new roles back at the September session that we had missed dates on which was a huge shame however being transparent and open around the process to get these roles into the team certainly gained us a level of understanding and engagement that we really needed. Again the Secretary General and Director General opened and closed the event with clear and exciting statements of support for what technology was doing in health and Director General urged the team to celebrate its success but be mindful that success brings more expectation, a powerful statement for a leader of such stature to make to the wider team.

The experience of physically bringing the team together in the days where technology connections are so powerful is still one I strongly believe has been hugely influential in the success of our transition and transformation. We have also used the technology available to make real connections through blogs, web-ex, podcasts, video, social media and animations but nothing has been more powerful than a room full of people who are enjoying the connectivity they are having so much that they are not even aware that lunch is being served and its time to go eat!

If you want to know more about the events have a look at the social media #ONEeHI or consider having a read of the three blogs that have been created ahead of each event at richardcorbridge.com or simply get in touch maybe even see if you can sneak in at the back of the next event in Galway in September!