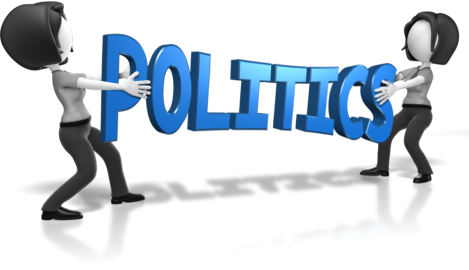 First published in HIMSS UK Journal in September of 2016.

The delivery of health is driven by politics by necessity. No matter where in the world you are the delivery of health and wellbeing to a population is an election winning and losing manifesto. We understand that the delivery of digital health could be as disruptive in its application as any other business arena globally and yet, maybe because of these intrinsic political links, eHealth has not been able to ‘just do it’ at the pace of say the tourism agenda or even the ever increasing connected cities agendas.

The Bob Wachter report, ‘Making IT work in Health’, was published in the UK in early September. Politics allegedly, is said to have even delayed its publication, an essential report that the NHS needed, a report that global health systems considering how to make the giant digital leap needed.

Why does health have to work to a political agenda and time line? As IT professionals it is frustrating. Innovation needs to be allowed to happen in an agile manner. In Ireland we are deploying solutions that are over 10 years old, we continue to deploy them because they have been backed politically but the digital landscape has moved on three generations since the inception of some of these solutions, and to be absolutely fair the solution, whilst ten years old, still makes the beneficial difference the healthcare system originally wanted to gain.

I tell a story when presenting at the moment, a second hand, legitimately stolen story I have to admit. In 1969, the ‘people’ of Hong Kong decided that they needed to create a business district. They came together and placed a mandate to develop the business district regardless of political persuasion, economic climate or technology change. Today the business district of Hong Kong is one of the most thriving globally. It is as shining example of what innovation, connected people and a clear, unambiguous and a-political mandate can achieve.

I am proud to be working in Ireland on the health care of a nation. Earlier this year our minister for health proposed that Ireland needed to move away from annual planning, annual stretch targets and annual budgets. He asked for a mandate to create a cross party commissioned group that would consider the future health of Ireland and report back to the people of Ireland what the options, and indeed solutions would be. How exciting. At last the health system of Ireland could have a plan that is longer than some repeat prescriptions!

By allowing health to be disruptive and creative, then it can consider how to catch up with other international business from a digital innovation point of view. We often ‘roll out’ the banking analogy. Citizens are happy to use mobile banking by and large, the expectation to get a real life letter from the bank has almost gone away and the bank manager is no longer recognisable on the high street as a person of status. Banking changed quickly, maybe because technology was enabled to be disruptive, not just because of the investment but because of the change in attitude and even the aptitude of the customers themselves.

Will any country ever be brave and allow a system to just do it. If clinicians and patients are engaged and want ‘IT’ then why not?

The suggestion is definitely not to do this without governance or engagement but to take away the political might, to empower the system, which is far more intelligently capable in this arena than the political system after all, to make the difference happen in clinical and technology settings! Attempts have been made in many jurisdictions to empower the public. The NHS tried the Healthspace experiment in the late 1990s and Estonia is mentioned in every EU eHealth meeting as a rising star of patient empowerment through access to information. The Danish health system is as close as it gets to a ‘Block Chain’ like health information system in 2016, where the patient truly has a level of control over the information about them. If we can make this happen then we should be able to find a way to enable the eHealth orchestration to step out from the political agenda somehow.

There is an additional moment of caution here though, which needs to be learnt and applied. The suggestion we make here is, yes to enable the politicians to take a step away and allow the agenda to deliver against a defined and agreed benefit set, it is not, and I can’t stress this enough, an ask to bring in a large group of people who do not know how health works and ask them to deliver large complex digital change agendas to health. Health is not just another business ready for change it is unique and that feared and fabled word, ‘special’!

Under the auspices of the then prime minister Tony Blair, health in the UK was labelled as a business that was ready to made like ‘Easy Jet’. Almost weekly a politician globally will reference the need to ‘Uber-ise’ the health system. I wish we could simply do that but health is huge, interlinked, has powerful and learned users that need to be taken on this journey of change. Uber-ing health would cause more of a fall out than the go-live of Uber in any city that has been globally seen so far.

Relationships with other government departments, wider politicians, parties and vendors obviously will need to continue to grow, and often politics will need to have a part to play in these burgeoning relationships. Perhaps this is the area where our digital agenda could benefit more from a political involvement. Whether it’s Mark Britnel from KPMG, David Beloff from Deloitte, Neil Jordan from Microsoft, Kaveh Safavi from Accenture or Robert Wah from CSC, Ireland has access to a wealth of advice and guidance from partners and prospective partners second to none globally. The knowledge in years alone from just the names above is so impressive, and yet there seems to be a fear from the political and civil service system to engage with these brains, which is a shame.  Partnerships with the these organisations are already in place, and of course each of them is hoping to get a larger bite of the Irish ‘cherry’, but whilst this is their end goal they have been very willing to share, to help us learn lessons and apply new ways of working and thinking. Ireland partnering with this kind of intelligence at all sorts of levels is exactly how it will implement an eHealth agenda and get it right first time.

So, if we persuade the politicians of the world to work with us to set a longitudinal ambition for eHealth, if we can persuade the same politicians to help each eHealth team agree the governance, the way in which they can be involved and the parameters and limitations of their involvement then, can we simply get on with it? Against an informed and educated back drop I really do think we can.

The avoidance of vendor led grey IT would be an area to watch. If we take away the political detailed mandate there is a risk that vendors could become a great deal more powerful in local micro-systems. National integration can be achieved without political ownership, through true engagement of clinicians and patients a final location for digital health can be agreed and reached. It can be agreed without clinicians becoming programmers as well I think. It’s entirely admirable the engagement that many other jurisdictions now have with clinicians. Initiatives like Code for Health and more widely acceptable open source solutions are great where clinicians want to get his involved but are not a prerequisite to clinical engagement or to eHealth being able to move away from short term political direction.

I do need to bring this back to Ireland though. As has been reported in the media, Ireland has an EHR business case it now believes in. The health system itself has approved it as a business case, clinicians, patients and the leadership of the system has made it clear that the 10 year direction in this business case is the right way for Ireland. The issue now though is down to the affordability, and that will always be a political prioritisation piece. A public health system such as Ireland’s can’t ask patients to pay for the IT it uses as a direct cost, although we know that the cost of an EHR in Ireland would be seventeen euro a year per patient. And that’s where the political elements has to remain, they have to be the pay master and therefore they have to be able to take credit and risk for delivery.

If Ireland can agree the 10 year journey, if Ireland can continue to deliver the digital fabric it is doing, with the simple support of an engaged minister’s office and political team then we truly could be the first country in the world to do this effectively in a timely fashion and with the patient at the centre.

A great result is coming our way, and this will be down to the efforts of the full system of support, civil servants, public servants, ministers, clinicians, patients and vendors – a true partnership as a facilitator for success.