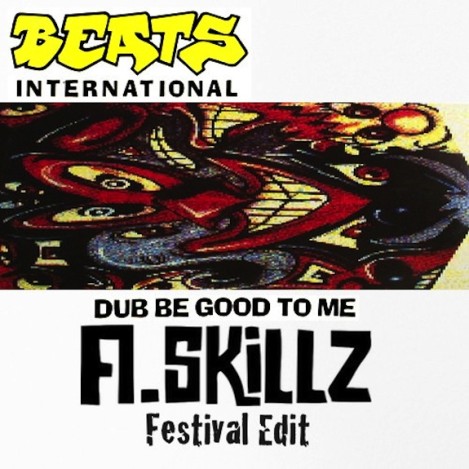 Some of my favourite songs last year were when a band had a special guest artist that they ‘featured’. This oddity launched a quite a few careers that I think will be big names in 2014, John Newman and Sam Smith to drop just two of those names, not to mention the number one song of 2013, Get Lucky. Dancing away to John Newman at a recent gig got me thinking about the equivalent in project delivery to that ‘Ft.’ tag that seems to have become so prevalent. If you take Information Technology deliverables then I would suggest that they are nearly always ‘Ft.’ in the creation of benefits that any project has to deliver in the current innovation led landscape.

Who remembers the artist that was featured and who remember the band that delivered though?

Think back to the 80’s, was ‘Dub Be Good To Me’ by Beats International or Lindy Layton (Or in this case Norman Cook!) When creating the delivery team that will work across a wide functional delivery I believe it is important to ensure the credit for the delivery and the space for the creativity are all considered, there can’t be room for the ‘Ft.” artist if they are going to take over the show and stop the rest of the band being able to play.

Much has been written about IT projects being run by the ‘business’ as a route to ensure that business benefit can be at the heart of IT delivery. Working in Healthcare Informatics this lesson has been learnt the hard way and is extremely valuable. If the system is clinical facing then ‘woe-be-tide’ anyone who does not thoroughly engage the clinician.

As an organisation we are about to embark on a switch of supplier for our suite of collaboration tools, imagine creating the team for a project in that space, is it communications, is it a work force development or is it an IT project! Obviously the answer is it is all of them, but how do you create the ‘record deal’ that allows all the parties to sing the same tune!

The way this has been done for this project has been to consider the team that can make the most impact on delivery first, and ask them to take control of the project. So, for us in this case that is our work force development team. They were already looking at new platforms to create communities of interest tools and, considering this will be a change to the email client, the use of a team who can concentrate on the development of the workforce is key. For that reason the Senior Owner for this project will be that team. A giant leap of faith for me I have to say, a project with a workforce facing impact, that will be seen as IT having issues if there are any, handed over to none technical resources. A process as painful as buying the Martika album in the very early 1990s just because it ‘Ft.’ Prince! But, already the careful decision to enable this to happen is bringing rewards as key members of the workforce team bring different ideas, solutions and thoughts as to how to implement a change to IT that has such wide spread impact.

One of the more difficult elements to considering who should be lead artist and who should be ‘Ft.’ is when the audience goes to see a band just for the song ‘Ft.’ the new artist they have become hooked upon. In the case of the replacement collaboration tools there will be some of the team who are there for the new ‘shiny things’. The project has to guard against that, carry the enthusiasm with them but ensure that the followers of the one hit wonder are there for the delivery of the whole project not simply the element they want.

Allowing the featured artist to go solo is something that each project crated in this way needs to avoid. All projects have differing speeds of adaption, we know that and try hard to understand it, but often the IT element will go rogue because they have the delivery goal and deadline in mind. Allowing the journey to occur, delivering the benefit on the way is essential to a truly blended team approach.

In discussing the band name and the featured artist are we forgetting the rest of the band, the collective that make up the project team. Not in this case, the three ‘teams’ that create the makeup of this team are supported by a band that includes, a service integrator, respected supplier, project management and change agents from across the business, so a band to rival Arcade Fire in size!

The star of the show, the A side of the single needs to be the benefit and the deliverable though, and actually whether it was Lindy Layton, Beats International or Norman Cook the memory needs to be the benefit of the product, which in that case is that fact that grown adults of my age and interest still love British Knight trainers and can ‘rap’ the hook from that song, so all together now,