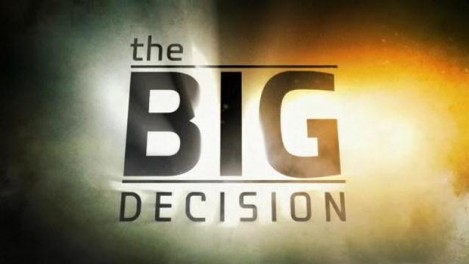 All this in one week, or sometimes in one day!

But, the biggest decision a CIO really makes is when to go, when to hand the reigns to the next person and allow a different creative mind to stamp a new character onto delivery of information capability. Cranfield’s strategic IT leader training teaches that a CIO should be in an organisation no more than five years and ideally four. After five years, the creative juice that makes a truly great CIO can start to be recycled a little and, if all has gone well, a plan to deliver should have come to fruition and therefore it is time to allow a new innovator to take an organisation to the next stage.

Regardless of knowing this, making the decision to move to a different role has been a difficult one. I have agonised over the relationships I will miss, the camaraderie across the directorate that has been created and the structures we have put in place to support the delivery of success.

But, ultimately, it is time to move on. I have written here before about whether a CIO is a role related to a business vertical or a role in its own right that can span different business areas. For me, I am moving from health research to health delivery, but in a new country, with a different culture and an evolving set of core principles at the centre of the benefits that need to be delivered.

And I couldn’t be more excited!

The challenge I am about to set out on is huge, but rewarding and the new role does represent that magical moment, one that involves being there so close to the beginning that you are able to build for success with your own creativity, not an inherited ideal.

However if I use this blog as a reference point to reflect on where the organisation has been able to come in the last three and a half years, then I can also feel a little envious of the next CIO. I started the blog with entries about principles, strategies and the need to turn around projects that were not as successful as they should have been.

We moved on to celebrating success and creating relationships as blog topics and the organisation has made a great many friends along the way. To mention but a few:

On top of these relationships and friendships is the greatest strength the organisation has created, that is a team, which is now valued by the Clinical Research Network. A team that delivers what is known as Information Systems but in reality is business change and benefit to research delivery. This group has enabled people to come together from across England and become united behind a single goal: to make clinical research easier through the use of technology.

The creation of the team is the greatest achievement a CIO can leave behind, I think. At the recent CIO Summit the CIO from Halfords suggested that the greatest skill a CIO should have is, ‘a genuine concern and understanding of others.’ Anna Barsby, from Halfords, spoke at the event and lit up the room with an honesty beyond any other CIO speech I have ever heard. She was detailing what a good CIO should be doing! Certainly working at Halfords in IT was described as one of the best teams that I have ever heard of.

Leaving an organisation is difficult for a CIO. The legacy you leave behind is as much about the culture of the team as it is about the nuts and bolts that have been built. I will be leaving with the majority of a new strategic infrastructure in place, plans for cloud migration agreed and a new outsource partner gearing up for the migration of the organisation’s services. The new CIO is going to be able to leverage a new supplier relationship to allow innovation to be applied quickly and with benefit to clinical research at its core.

Getting ready for a new role whilst ensuring that an old one is ‘tidy’ for the new CIO is exciting too. What do you need to know most when moving to a new organisation?

Quickly understanding the priority items has been a task I am grasping. I am going to a new country to deliver an ambitious strategy that has got some significant agreement and backing. The trick for me in the new role will be to get the operating framework right and to pick the right strategic foundation projects to concentrate upon in the first 100 days. I have set goals for the first 100 days and started to work with a team that are ambitious and enthused to be given the opportunity to deliver a set of solutions that can alter the way health and social care is provided for across a whole nation.

There will be some organisational change to ensure that the team can be as agile as possible to deliver against the strategy but one of my first goals is to gain the organisational buy-in and input into the changes to ensure that together we go on a journey, and that is going to require me to embrace what will be a new culture and understand it quickly.

But next week I will close the door to room 1.04 with some sadness. Whilst in post I have worked with some amazing people, made friendships that will last a lifetime and hope I have been able to make a difference to the perception of technology and the way in which it can be used to support clinical research in the NHS.

Next is Ireland, a land that I can’t wait to learn from and work with to take technology to the next level, so that it can support the delivery of health care to everyone throughout the Emerald Isle.

See you all on the other side of the sea.