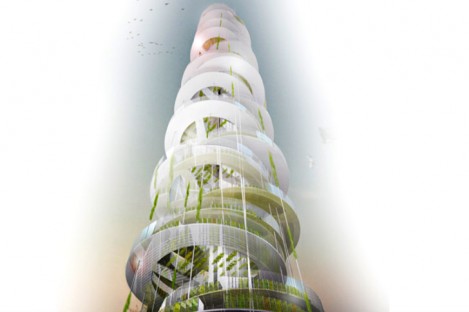 Originally published by HIMSS Europe as a guest blog in December 2015.

No more than any other business or service area supported by technology health needs innovation.

Simply following the horizontal innovation path will not bring the type of different approaches needed to truly enable the health systems of the globe to be reformed so that they can meet the growing population needs. Health doesn’t have time for small incremental change, it needs a new approach.

At the Wired Health conference in the spring of 2015 this was termed Vertical Innovation. Some health IT commentators have referred to it as a need to ‘invest in magic’. No one said this would be easy to do though. Innovation in a public sector environment that comes with the defined need to ruthlessly standardise to enable more to be done for less is not an easy back drop to facilitate innovation.

The culture of technology teams in the health sector continues to fascinate academics and organisational development experts across the globe, why is health so much slower to adopt technology than other business verticals. The size argument is well made so organisations make the scale smaller, the engagement of clinicians is then levied and organisations now know this needs to happen (although this doesn’t always equate to a real engagement it has to be said). So what is slowing us down?

In Ireland we are aiming for a culture in the team that facilitates our ability to innovate. Firstly in creating a new operating model for technology delivery we have worked with Gartner to adopt the bi-modal principle they have been so fond of over the last 18 months or so. This focus gives us the opportunity to manage continued delivery and improvement whilst enabling innovation and new ways of working to be created within the system, all with relatively small resources. A great example of this is the implementation of the eReferral process, managed by just three people across the system but in 2015 now implemented into 50% of hospitals with a plan for the remainder by March 2016.

Hand in hand with the bi-modal approach though is a slow but obvious individual adoption of three ‘Rs’ – Resilience, Responsibility and Relentless. The eHealth Ireland team were presented with an overused management phrase in September, ask for ‘forgiveness not permission’ when considering how innovative technology approaches can begin to create integrated care. The team now have responsibilities that match the care pathways of health delivery in Ireland rather than technology delivery routes or geographies of the country and that enables them to take responsibility hand in hand with the clinician. The team are striving to be responsible for business change rather than technology implementation, and that comes from a partnership. Take some of the major projects this year (2015) as examples, the delivery of an Individual health Identifier for the population of Ireland has a clinical owner within the Primary Care field, the creation of a case for change and business case for the Electronic Health Record in Ireland is sponsored by the clinical director responsible for integrated care, even the eReferral success has been set up as a project by a Physiotherapist who had the vision to see the benefit and how it could be implemented.

So, Ireland now wants to build on this approach, it wants to facilitate access to innovation. There is simply not the funding or capacity in health to allow for the kind of tech-fund investment seen in the NHS, Ireland’s whole health IT budget is lower than some of the tech-funds launched there. So it has landed on a different approach.

These three strands then become the innovation portfolio in 2016, the basis to allow Ireland to learn quickly, innovate vertically and continue to build upon the success of 2015, but learn in a way that immediately impacts upon the delivery of integrated care across the whole nation.

Considering the evolution from horizontal to vertical innovation though, this really does simply take us up the first rung of the ladder, but it feels better than sliding down the same path that has been tried and tested so frequently before.