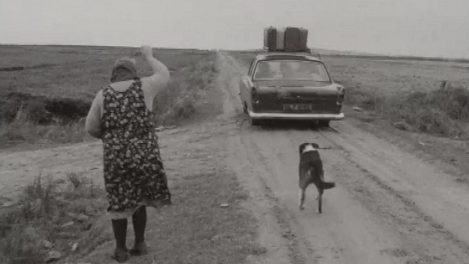 The 31st of July was a very sad day for me, it was the day I had to sit down with the Director General and say those words, ‘I resign as CIO of the HSE.’ Nearly three years in Ireland has been amazing. In the following week one of the team asked me, ‘was it a hard decision?’ Yes it was, one of the hardest I have ever had to make, over the last three years I have met some of the most committed and talented people I have ever had the pleasure to work with, a team of people who truly, with the right support, can change the face of a country!

Some of you will have heard me tell this story before, so please forgive me; my second day in Ireland, I grabbed a taxi, the Dublin driver turned to me and did the usual, where are you from etc, and then asked what brings you here? I replied without hesitation, somewhat green to Ireland and the culture, that I was working for the health service. The taxi driver stopped in his tracks and said, “You have a lot to learn, you have joined the second most hated organisation in Ireland, after water Irish people hate the health service the second most!”

I assumed he was joking, but no he was kind of right. The health system of Ireland is not a loved system, its not cherished, its described as bloated, regularly someone has a ‘pop’ at it being top heavy, or spending money wrongly, or deploying resources in the wrong places. Yet, here we are with a health system that every day saves hundreds of lives, a system that has a workforce like I have never seen before, a committed one that knows how to deliver care with compassion and often against adversity.

Let me take my own crisis management experience in Ireland, Wannacry, as an illustration. On the Friday evening the team identified the global impacting issue was heading our way, without any consideration for the plans for the weekend the team mobilised, created a defence strategy and set about working all weekend, all hours of the weekend, to protect the systems that delivers care to the Irish citizen. Nobody was paid to do this, no one received any bonus, time off in lieu or really any kind of recognition other than a heartfelt thanks from the system. In fact some ‘friendly’ people on social media suggested that the strategy adopted was even wrong, and that the focus should never have been needed if the HSE had been more prepared. I was so proud when on the following Tuesday we returned all systems back to normal and were able to say we had protected Ireland when others across the world had not been able to achieve the same.

Leaving this role, not being part of the team in the HSE leaves me with so much trepidation; the personal focus that so many people have put into the changes that we have made over the last three years is significant, I wonder if this ‘perfect storm’ of personalities will ever be created again. One of the first programmes of work I ever owned in healthcare was the delivery of a system called the Data Transfer Service (DTS). The solution was a new way for primary care and acute and administrative functions to share information securely and in a timely fashion and we had to deliver this in thirteen months, this was back in the late 1990s. I thought that was the best team I had ever worked with until I came to Ireland.

The team make-up is a happy accident that has evolved to be one that I will look to emulate elsewhere. The team is a mixture of evangelists, sceptics and pragmatists, after a couple of years in the role that mixture hit the right balance. The team has a group of people who believe in being open and a sub-set who understand the need to be closed. The creativity in some has been astounding and the sheer dogged focus to keep going in others has given us a drive that has seen us get to the finish line on so many projects.

What I have learnt is best described by a Yorkshire phrase; “It takes all sorts!”

Handing the team to a respected, committed and digitally enthused leader has given me a new reflection on what can be achieved. The team are gathering around my interim replacement ready to support her and help her continue the success, not just of the last 3 years but the building success that the team has been trying to achieve for the last decade. There are some new tools now; a ‘brand’ that is synonymous with success and openness is in place in the form of eHealth Ireland. The health identifier is a foundation for information stored digitally, enabling a leap forward in patient safety initiatives with a data flavour. Ireland and its health system has a renewed vigour for what can be achieved in healthcare through the foundations of a digital system. Its first examples of digital hospitals are live and are a success, the programme to sequence the genome of patients with suspected epilepsy is changing the lives of many people this year, people with a disease that is often not considered high enough up the agenda. The readiness to consider innovation, how to work with the new, the fresh, the different ideas is also now part of the way the Irish healthcare system is changing and delivering benefit. In the last 12 months alone there have been over 50 new digital solutions deployed into the health system, each of these implementations requires the unwavering commitment of a team to make the system live and support the system going forward.

Perhaps the biggest ‘thing’ that we have achieved though in the last three years is to place the possibility of digital in health on to the agenda. We have a minister who says that digital is no longer a nice to have, we have a HSE leadership team that has embraced the concepts of digital into the way it works and the way it considers reform. The representation of all of this is the passion of the team that deliver this though, as my goodbye reflection I want to pause here and call out, maybe even embarrass a few of them, “live” on this blog site, to be remembered here and learnt from in the future.

First and foremost, an often unsung hero of the team is Joyce Shaw, the driving force in how we have transformed as a team, a lady with a passion for the team, how It works and perhaps most importantly the reality of people working hard together. Joyce is the conscience of the team!

The most considered, calm and truly gentlemanly Fran Thompson would be next on my list of essential elements to any team of the future. Without Fran being there through thick, thin, muddy and clear so much of what has been achieved in the last three years would have got absolutely nowhere.

When I consider the team that we were in December 2014 and think about the difference people have personally made I have to call out Michael Redmond as well. Michael is a true example of a leader building through engagement. Working with Michael and seeing him go from sceptic to optimist over a three year period of time has been one of my own personal highlights.

The eHealth Ireland committee has been a joy to work with, and is a group of people I now call friends, Eibhlin Mulroe, Derick Mitchell, Andrew Griffiths and the ever committed Mark Ferguson have ensured that the path we have walked has been supported. The success of the eHealth brand can be put down to these people and others in the committee who work hard in the background ensuring that we can make a success of what we do.

I have been lucky in that I have worked for two ministers who have wanted to engage with the digital element of health in a different way, they have taken a personal interest in what we do as a team, supported us and been there for us. eHealth Ireland has been able to enjoy an open door to both ministers over the last three years an acceptance and realisation that the team here in health is a high performing team of committed and capable staff is a great by product of that engagement.

A wise old colleague of mine said to me once that those of us that want to evolve and change simply need a good manager, once that person is in place we will be able to achieve anything. It felt a little like a piece of Jedi advice at the time but working for the DG of the health service here in Ireland I now understand. The DG has empowered us to get on with it, insisted we stay calm in the most stressful of situations and supported all that we have tried to do in a way that ensures success, certainly without this support we would still be thinking through how to make some of what we have achieved happen.

There is space for just two more names on this list for fear of it turning into a gushing speech that no one will read.

Niamh Falconer is my conscience, where Joyce ensures the team has a voice in everything Niamh reminds me of my voice in everything, caring for me and reminding me that successful change needs time to happen and time can’t be magically created; although she has had a magic wand in her hand for the last two years doing Tinkerbell like tricks to make sure we can do what we need to do.

Last but not least is Maria O’Loughlin, when grey clouds appear Maria has blown them away for so many parts of the team. She has a unique ability to translate ideas into reality whilst adding a shiny creative style to them, if we adopt Pareto’s rule Maria is the way to achieve the last 20% in all that we do.

Calling out individuals is dangerous, I know that, the reality is that in every single case of every person I have worked with over the last three years they have touched what we have done and indeed who I have become in some way, I would love to simply list everyone here now but no one would find that an interesting final comment from me.

A vision of the future has to be my final comment, I came to Ireland in October 2014 to present at the HISI conference what my vision of the future would be, I think much of that vision is still valid! The purpose of eHealth in Ireland is to create digital as a platform for change, a platform for a health service that has every citizen’s health and wellbeing at the heart of what it does.

If I could have a final wish it would be;

… be ‘nice’ to the system that is there, help it continue to evolve.