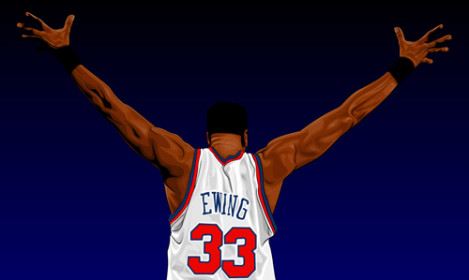 The headline on the New Scientist the second week in January grabbed my attention that’s for sure.  To make things better try to make them worse, it wasn’t a direction, more a comment on a phenomenon that has been growing for many years, the concept of the under dog achieving against all the odds.

The documentation of this as a concept in sport goes way back in time. In the USA, the concept even has a name, the ‘Ewing Effect’. This comes from the 1999 NBA play-offs between the New York Knicks and the Indiana Packers. The eighth –seeded Knicks were holding their own against the number two seeded Packers when the Knicks star player (Ewing) fell and tore his Achilles resulting in the game ending for him. Everyone involved thought all was lost, without the one star player the Knicks would fold, but no, they went on to win the series 4-2 and qualified for the finals. The Knicks were now playing a different game, utilising their ‘network’ of players in a different way and facilitating all types of efforts to be made rather than everything going through one route.

How many networks and infrastructures have evolved and exist today against this kind of back drop? In an attempt to understand this concept a mathematician from Ruhr University in Bochum, Germany started to look at this in the 1960s, applying it to the flow of road traffic. Dietrich Braess developed a traffic model that showed simply adding more capacity would not always reduce the average commute time. In fact in some of the modelling it showed adding more ‘resource’ made the journey longer.

Applying the Braess theory and the Ewing effect to the deliver of information systems gets us where? Not quoting Aerosmith and ‘Living on the Edge’, but perhaps considering how, with todays agility we can get closer to it without accepting undue risk. Take my age old problem of memory and space, we are an organisation that can’t really archive data for long periods of time, and we certainly create new data at a rapid rate at the moment, so the big risk is how quickly we can keep adding to storage. Obviously the first answer is to jump to the simple trend, cloud computing, but we have already invested in a strategic infrastructure with a life time still to bring full ROI. Not to mention some of our legacy systems simply would not function on cloud environments in the same way.

So with all this brought to mind, how close can we get to Aerosmith without ending up relying on Bon Jovi (Living On A Prayer). The CIO role in this space is not only to act as broker across a number of delivery capabilities but to orchestrate the understanding and acceptance of the appropriate level of risk. The Technology Officer will always, and quite rightly, want to protect the services and systems deployed by having as risk adverse policy as possible, but the CIO needs to balance that and be aware of the Ewing Effect and Braess theory.

Moving forward then, if we apply this knowledge to the delivery of systems what does it give us as we update our strategy for the provisioning of systems? One area springs to mind straight away, the IT department desire to move as many systems to ‘vanilla’ systems. Taking the bespoke out of system delivery will ‘clearly’ move away from the ‘Ewing Effect’ on delivery though was one opinion in a recent discussion about the impact of this. And as we have said this effect does often have a positive outcome.

This all then comes down to the leadership and decision making of the CIO. Technology itself has set a high bar for the art of the possible, what we now need to do is ensure that managing the risk of not knocking the bar off in the attempt to clear it is understood clearly.