MedTech the leap from Sci:Fi 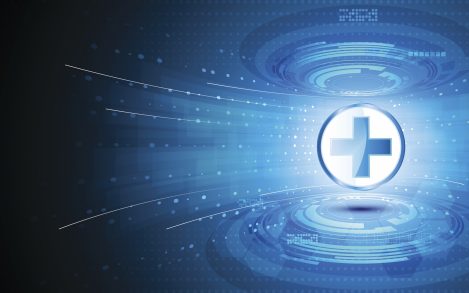 Ahead of the Dublin Tech Summit (#DTS) in mid-February where we will be considering the links between what was Sci:Fi and what can now be described as Med Tech.

The leap from Science fiction to a reality gets less and less and less. Amazon Echo, Microsoft Cortana and Apple Siri, are coming so quickly from an odd idea to an accepted part of the daily life. How long before these technologies bring a new information style to healthcare. The digital persona that the Echo and the lovely Alexa are creating for Amazon are said to be worth over $200,000 per person. In some jurisdictions amazon can now value the lifetime revenue from a cohort of customers that have signed up for their Prime service to such a degree that they can actually trade against the expected profits they will make.

Would we want similar technology to come to healthcare, many today wouldn’t but what will the time line and generation gap be before we are happy for this to be the case I wonder? As many people unwrapped the Amazon Echo for Christmas this year the reaction on social media was very mixed, from why would you want the ‘stool pigeon’ in the room to I want one! And by keeping the cost of what in reality is quite an impressive piece of kit low we can see Amazon and others begin to make huge strides in tying up this market place.

Digital personas are starting to exist in many businesses lines; imagine the Amazon digital persona of a Prime user with an Echo and its uses in the consumer arena applied to the delivery of healthcare. The data based prediction of buying patterns and the commercial power this now drives has huge potential. As Amazon step into the pharmaceutical and FCGs market places this is going to grow and grow on its impact on healthcare, the fast followers of this technology are going to be able to make a big splash in healthcare quickly.

The digital twin is a concept now used by Rolls Royce and GE in the management of aircraft engines. Imagine a healthcare system that makes a digital twin and then offers to run ‘you’ in the same way as Rolls Royce run the aircraft engine, spotting the issue before it happens. Genomic sequencing could begin to offer us that opportunity, especially if we linked the data to a service akin to the Echo, where not just the scientific sequences were information the situational analysis of health but also the context of the person, we after all have been talking about the advent of contextualised healthcare for over a decade.

Again many will object and won’t want that information to exist or be willing to take the information risk of the information being misplaced, but some, perhaps a next generation will see the benefit of this. The blur-ing of the lines between next generation digital and Sci-Fi is becoming easier and easier, what is interesting though is the impact of digital on healthcare, the disruptive impact of technology on commerce and wider business verticals has been huge and yet in healthcare its still in its infancy, a bit like Sci-Fi of the 1970s I guess!

The beauty of slow adoption though is that untried and tested technology can be avoided and lessons can be learnt from other business areas more easily. Also, the ability to gain engagement from the user base, the clinical teams wanting to use technology has become much much easier. The consumerisation of technology has reached such a peak that more often than not the new Sci-Fi like advancement has often been tested in the home before it lands in the clinic. Take Microsoft hello, no longer will a clinician need to touch the keyboard to authenticate, hugely powerful in the application of electronic health information at the point of care. Mobile computing more generally opens up the place where care can be delivered. AI allows questions to be asked of learning made more quickly than ever before.

In the last two years Ireland has enjoyed its fair share of global recognition for its involvement in the most important Sci-Fi brand ever, Star Wars and the filming of those crucial scenes in episode seven. In the last two years Ireland has also leapt forward in its application of digital to healthcare, truly looking at how to make use of the next digital disruption enthusiastically.