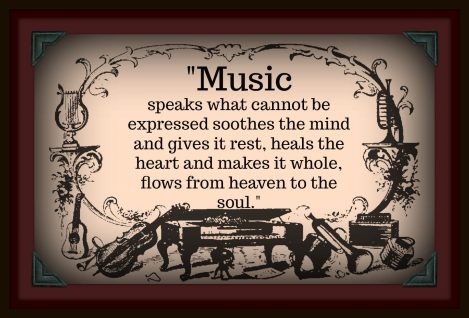 What do we turn to when the black dog pops on to our shoulders?

So many people go to a song, a poem, a book; solace in the repetitive patterns of something comforting, something sad, something happy. Me, I always turned to musical melancholy or a trusted battered American novel, (Nobody’s Fool by Richard Russo or The Hour I First Believed by Wally Lamb or The Art of Fielding by Chad Harbach) a story that I know I could open on any page and dive right into the life of someone else for a short period of time, comforting time that takes you away and gives the brain chance to find a new synapse to fire, a new spark that will help me find a different path to go head down.

Music and literature and art; ‘THE’ arts, the saviour of many a dark mood, the difference between falling down the long and deep tunnel and being able to perform a U turn that puts you (me) back in the moment, able to make a difference and care completely about the world around me.

There is no cure to depression, there is no cure to being sad, we need a way to cope, to ‘be’ something else. Everyone needs their own recipe to happiness or at least to that momentary difference that you can build on, something repetitive to distract you, to give you enough time to breath.

Music after all is a series of repeating patterns of varying complexity; eight notes to the octave for mere mortals and that sudden leap to twelve notes per octave for the seriously darker genres of Country, Blues and Jazz. There is nothing really stopping the number of octaves other than the physicality of the instrument and therefore there could (indeed should) be a song for every mood of every person on earth. The ‘free bar’ of Apple Music and Spotify have made it so much more possible to find that musical moment that you need, although sometimes that now is overwhelming when there is one ‘thing’ you know you need.

I’m Richard and I am addicted to miserable music when I am low, Red House Painters, Nick Drake, Radiohead, Cat Power, Sun Kil Moon, Low, Mojave 3 crikey the list could go on, there once was a time when this was my music and only now when I look back do I realise why, my world now is full of richer brighter colours more often but the complexity of those songs and the mood they could change is never lost on me in 2019 or 1999 or 1989.

What can we rely on though, I know that a glass of red and Down Colourful Hill or Ocean Beach and a little bit of solitary time will normally stop me in my tracks and remind me of what I can do, what I am here to do, and that’s ok for me, but no one who has been there can really ever ‘prescribe’ their cure for the next person. I have only ever met one other person who would listen to Red House Painters at their worst for example, and he was a fanatic Red House Painters fan anyway!

The sheer size of the ‘medicinal’ arsenal available to us when we turn to literature holds even less bounds than music. There are 26 letters in the alphabet, five vowels and twenty one consonants, making up the books of the world, all 130 million of them, each book has an impact on someone, somewhere, sometime. Languages hold no bounds other than the learning required to make sense of them which simply adds more and more to the arrangement that is available to you.

Once it comes to words to create stories the world become less and less random. The art in creating with the twenty six letters of the alphabet, the five letters as vowels; A, E, I, O, and U and the remaining twenty one as the consonants never cease to prove the human capability to be ‘artful’. In The Science of Story Telling by Will Storr he opens with the comment,

We know how this ends. You’re going to die and so will everyone you love. And then there will be heat death. All the change in the universe will cease, the stars will die, and there’ll be nothing left of anything but infinite, dead, freezing void.

I think I mentioned already I love a bit of melancholy! His point though is the human ability to tell stories needs to be boundless to give us all a moment of hope for every single new day, hope is derived from thinking about what tomorrow brings, we need to be convinced that tomorrow is new and brings something different, after all we are not living in the Matrix (are we?).

In the same way as the jazz men of old decided to begin to count the black keys as notes in an octave in their own right when we speak the words of a story in the form of a poem or spoken word performance art we again hear something different. The letter Y is sometimes considered a sixth vowel by poets and spoken word artists because it can sound like other vowels. Unlike consonants, each of the vowel letters has more than one type of sound or can even be silent with no sound at all extending again the beauty and curative medicine contained in the written word. But, if we did adopt this principle whole heartedly it would ruin the Cheshire Cat’s song in Alice wouldn’t it, a true happines finding song if ever there could be one!

The story of the sixth vowel and the inclusion of the black notes in an octave should teach us that what we have in this world is ours to be manipulated, even the most steadfast rules can be bent to create a new normal, a new way to help each other and perhaps most importantly to give us new tools to help ourselves.

The reach we have to help each other should hold no bounds. But, we do need to remember that my prescription will not be the answer to the person sitting next to me and their ailment, and with depression, with Mental Health, all we can do is offer help in a consistent, reliable and honest manner.

Ah, but a man’s reach should exceed his grasp, Or what’s heaven for?

Writing, sharing from our own experiences in as honest and open manner as possible gives us an opportunity to achieve a different outcome I think. In recent times I know that my world has changed a lot and that as I head further into 2019 it is the most unknowable of years, with the support that I have built though I am convinced that I can make the unknowable more exciting than scary and I can avoid heading down melancholy hill. Knowing change and knowing the support you need to enable change to happen around you is one of the keys to life I think, a lesson for 2019 though is best taken from an Instagram poet;

#AYearInPoems #29 “Sometimes its good just to know how small you actually are.”

….and enjoy being that!