Rallying the troops – Communicating from the front line 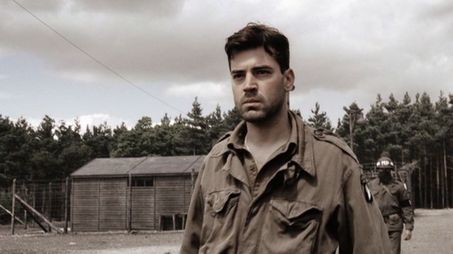 Cpt. Nixon: What do you think I should write these parents, Dick? Because I don’t know how to tell them their kids never made it out of the goddamn plane.
Richard Winters: You tell them what you always tell them: their sons died as heroes.
Cpt. Nixon: [cynically] You really still believe that?
Richard Winters: [pauses, considering] Yeah. Yeah, I do. Don’t you?
Cpt. Nixon: [chuckles, uncertainly]
Conversation from Band of Brothers (TV Mini-series)

If you’re struggling to understand what possible link there could be between the deaths of paratroopers in a World War II dramatization and managing an IS Programme delivery, it might help if I try to put in to context what Captain Nixon is having to deal with.

Captain Nixon is not just fighting an enemy in the air or on the ground; he is also fighting an overwhelming sense of frustration. Like many projects and programmes we all work on, the war, his personal war, has gone on longer than many thought it would – many were told it would. Casualty numbers are rising, battle lines are growing – yet it is down to the likes of Captain Nixon to keep morale high. He has to tell the parents of the fallen that they didn’t die in vain. That the allies will deliver on their promise of bringing the war to a successful close.

OK, so no one dies delivering a programme. Not intentionally, or at least not because a rival programme wants the ground they occupy. Yet there is a certain sense that, well, you do have to sometimes provide a message that not everyone wants to hear. This may be viewed as a sanitised version of what you could say, what Captain Nixon really wants to say. It’s not to lie, far from it; but more so to keep motivation up, forgive my own dramatization, for that final push.

Whilst we are not writing letters home, we do write communication briefings on a regular basis. Often the message takes the form of the previous message and “corrects” it slightly. It repeats the objective whilst conveying a sense of accomplishment since the last time you were in touch. If it does alter the timelines of the previous message – war will not be over by Christmas, but we should be there in January – it has to reiterate the belief that: a) we’re nearly there and b) don’t give up on us now, we will deliver the programme you need.

You really still believe that?

Of course we do. There’s no denying that it can become frustrating penning a new communications release shortly after sending out the previous; updating timelines or informing users of, well, we never use the word delay. But then it is very much part of the job; part of managing those issues and expectations and transforming them in to an honest assessment of where the programme is and how it will impact those on it; especially those waiting for its outcomes (generally outputs of each project – in this case a new system).

Thankfully our news, good or bad, only ever relates to new life – a new system, a new project, a new objective. We should never lose sight of the fact that each of those three are bound to change and that those changes will impact our customers. This is why we write to them; why we continue to communicate.

What do you think I should write?

The only thing you can do is write the truth; in a language that is easy to understand – using words that have meaning. That is how you keep the “folks back home” motivated in to believing that you will deliver on your promise. That is why you communicate in the first place.

Chris King is a Programme Manager with the NIHR Clinical Research Network. He is responsible for delivering the Central Portfolio Management System Programme, incorporating Identify Management. The final output of the projects under this programme will transform how NIHR CRN can support clinical research in the UK. Chris also sits on the NIHR CRN Knowledge and Information Senior Management Team and is often used to find interesting ways to describe how we work.

View all posts by Chris King