Seven degrees of connectivity (or less). 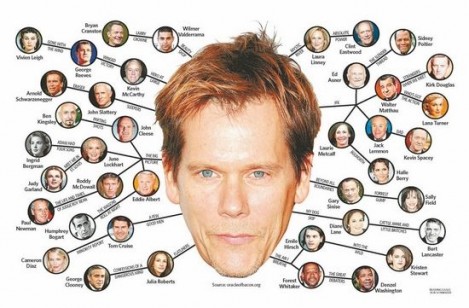 First published by the NDRC as part of the #HealthTech event in the summer of 2016.

Ireland is the most personally connected country in the world. Or at least I am starting to believe that from the evidence I have seen over the last 18 months. I have been told on so many occasions that what we have in Ireland is the first real example of a global village mentality and in particular for technologists. I have been involved in a number of different forums to support start-ups and big ideas for health technology in the last few months and really I do now believe in the concept of connectivity being one of Ireland’s biggest assets.

The Hollywood concept of “Six degrees of Kevin Bacon” seems to apply even more in the world of the health technology start up in Ireland. If you don’t know someone who knows someone now, you soon will do! The willingness to help, to get the idea off the ground and at least the ability to bring it into the healthcare system is there.

One of the most reinforcing moments of my 20 year career in health technology happened a couple of weekends ago at the launch of the NDRC Health Tech event. Eleven teams were formed on the Friday around some amazing ideas for how technology can improve the delivery of healthcare in Ireland. As well as the idea generators in the room there were a number of volunteers from across many different sectors there to help turn the ideas into a real proposal that can be taken forward to be considered by the health system. The level of knowledge and commitment in the room around a number of great ideas was simply huge. The possibilities for health range, from the ability to provide assistance for Parkinson sufferers to walk with confidence again to an app that allows a mental health patient to step into the centre of the care they are involved in, to a new way of processing lab results nearer the patient and they are just three of eleven amazing ideas. However the magic is as much to do with the people in the room as it is to do with the ideas. Seventy people in a ‘competition’ and yet every one of them rooting for each other, connected in a new way to deliver a support network for new technology based ideas to change the way in which health is delivered. Teams of people working hard to support each other over that first weekend regardless of background, basis of knowledge or years of experience, all these amazing people are now connected to each other in a new way.

Slowly but surely a revolution is happening! The social media response to the RTE programme ‘Keeping Ireland Alive’ has started to open up the concept that the Irish healthcare system is not the issue with the delivery of care to the people of Ireland. The Irish healthcare system is full of heroes and connections to be made to transform the way in which care can be delivered. Truly the system is one going through a digital revolution a change that is having an impact on so much of the way in which care is delivered. The second of the Keeping Ireland Alive programmes had a telling digital moment as a senior clinician opened the paper records of the patient in front of him and exclaimed, as usual I can’t read the notes. Realisation that Ireland is running its healthcare system in the same paper based way that it has for the last 30 years is giving a strong impetus to the digital health agenda within the Future of Health objectives, no bad thing for the great technology organisations of Ireland.

With the type of innovations and connections made by the start-ups at the NDRC Health Tech event the problem the clinician faces can be fixed, removing yet another issue from the delivery of healthcare in Ireland is the desire of so many committed people. The NDRC is just one of many environments now supporting Irish companies movement in the health technology arena; the Health Innovation Hub, Portershed in Galway, ARCH, Insight, Health XL and the HSE’s very own eHealth Connects programme are now all there to support organisations in finding the connection and turning the bright idea into reality.

All this human networked connectivity can really bring about a change to healthcare delivery if we can harness it in the right way. The rallying call for Ireland from here though is simply get involved and help build a better healthcare system.