A year on, the Festival of eHealth 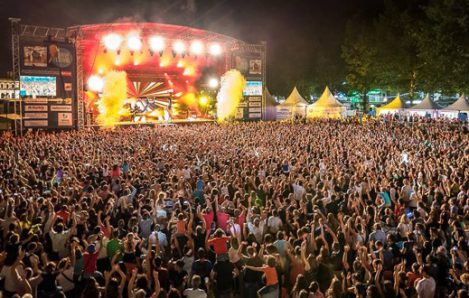 Today is the Future Health Summit 2017, last years event felt like the firing gun for a change in the way eHealth Ireland delivered, not just the slightly loud theme we adopted on the day but also the openness we tried to drive, the collaboration we announced we would enable and the key dates and targets we set out to be judged against. I have a team in place who want to be judged by the actions they take, meeting targets we announce seems to be the best way to enable this.

So much has happened in 12 months for what we are trying to achieve, the success of the Epilepsy Lighthouse project, the maternity deployments, the delivery of a national digital function, the move to cloud computing, the delivery of the health identifiers infrastructure, all leaps forward in a single 12 month period.

We do wish we had done more, we wanted the EHR business case to be further along, we wanted the IHI to be live and in as many connecting places as possible, both of which will happen in the next quarter but not in time for a 12 month celebration.

Two amazing digital health CIOs take on the role of running the eHealth Festival today; Rachel Dunscombe and Andy Kinnear; when I think of these two I consider how far we have to go on our journey, I have known both of them for a long time now, the work they have delivered has grown and grown and grown to the point where I think of them as leaders on a global stage, but the right sort of leaders, understated, assured and friends!

I get a quick run on the stage today at their festival. We are going to talk about story-telling and a new paradigm in digital health leadership. We have said for some time, no idea is unique, eHealth Ireland has become good at translating ideas, joining ideas up and making them Irish. (Said the man with the Barnsley accent!) So a big thanks to Social Kinetic who set us off on the journey for todays take away elements.

Our proposal is there are three new types of role in digital health that ensure the function can truly begin to tell stories to engage.

The first new role is the ‘Hacker in Chief’ a merge of the knowledge that the Chief Clinical Information Officer brings and the digital authority that the Chief Information Officer brings. Can we together hack old ideas into a position where they can deliver for digital health in Ireland? Is it really a new idea though, to talk to the customer? I was told a story recently, a story about Heathrow Terminal five when it opened its doors. T5 had a few digital problems in its first few days, one not made in the media too much is the story of the queues in the gents toilets! Bare with me a moment whilst I explain. A week in to T5 opening there were significant reports of concern, there were not enough men’s toilets in the terminal, there were queues! The digital team were on the response for all issues due to the large amount of them being resolved by digital reform, so, the digital team went to investigate. They went to ask the gents queuing why they were queueing. This innovation, talking to the customers, proved to be a huge saving for T5, because the only reason there were queues for the gents was that the tannoy outside in the terminal was not loud enough and gents from all over the UK were heading to the toilet queue to hear the gate of their flight! I guess the morale of the story though is digital people have learnt the hard way that talking to the customer is the only way to really deliver what is needed and the ‘Hacker in Chief’ is here to make sure this is part of what we do in Ireland.

The next new arrival at the digital health top table is the ‘Collaborative Sense Maker’. What we are trying to do is complex, and comes with a real risk of not making the most of the resource we have. Health anywhere is always a big organisation, its why when we ask why digital is so slow to come to health we have an answer, the sheer size and complexity of change. The ‘Collaborative Sense Maker’ has a role to help ensure that business change happens. We have tried to say, ‘No more IT projects,’ but that can’t be true, after all we are leading a team of digital professionals. I think the new meaning to this is let’s not have projects that exist just to deliver technology, lets collaborate to make sense of what is needed to deliver integrated care in health. At the recent EU wide integrated care conference here in Dublin a number of patients and carers in the audience explained that they had become known as the ‘difficult mum’, they were wearing this badge as a badge of honour. They provided care for a loved one with a complex and rare disease, as a mum or a carer they had become the person responsible for creating collaboration around care and indeed for making sense of the care delivered.

This new function can be responsible for working with ‘difficult mum’ to bring about a change supported by digital solutions that will ensure that every step of the way integrated care is the key and maybe not such a reliance on being difficult!

Finally, legitimately borrowed as a term from the Microsoft halls in Seattle is the role of ‘Chief Story Teller’, we all need to become this. The only way to engage on some of these concepts is to tell stories, telling a story is key to building engagement, trust and belief in an outcome. Creating an analogy to describe a complex journey is not new, in digital health I think it could well be essential if we are to get the engagement and buy in we need. Understanding the starting point, the end in mind and the story required to get there, classic story telling, we just need a hero (Andy) and a heroine (Rachel) to lead us there!

None of these roles need the titles in their positions, certainly we have enough chiefs kicking around the system but imagine the functions coming together to make the changes the descriptions promise. David Holzmer talks about,

‘We are witnessing the collapse of expertise and the rise of collaborative sense-making.’

I think this is the answer to so many of our needs is here in these descriptions of new roles, how to make these happen is down to anyone who works in health today, these are not digital roles, they are roles that will see health in any country set up to be patient centred and able to deliver care in a contextualised manner, a manner that citizens deserve.