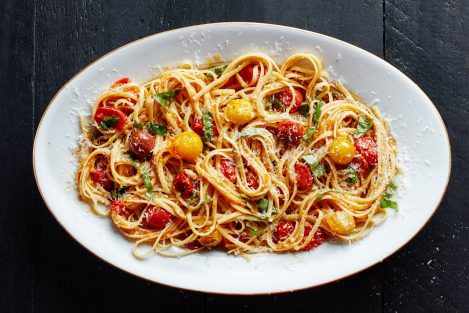 Since the publication of Robert Wachter’s book in the spring of 2015, the idea of clinical engagement in all that is digital health has been pervasive. But before ‘the’ book and over the last decade at least, I have seen a plethora of different styles adopted for the role of what we now call Chief Clinical Information Officer (CCIO).

The styles that can be adopted by CCIOs clearly work in different ways to match the culture and needs of the organisation alongside the benefits these digital projects are trying to achieve. The organisation in which I am now working, Leeds Teaching Hospitals Trust, has some amazingly talented clinicians with significant interests in many aspects of digital. As a Trust we are about to embark on the expansion of the CCIO role, creating a clinical leadership team of three, with individual responsibilities for:

The three CCIO roles will now be supported by nominated and clearly identified staff throughout the clinical service units (CSUs). The clinicians across the CSUs will act as the focal point for engagement in each of the CSUs throughout the trust. Also the creation of the office of the CCIO across Leeds Teaching Hospitals Trust will ensure promotion of the CCIO role in a way that facilitates a real width of clinical engagement, not just at the trust itself, but across what is becoming more and more referred to as the ‘place’.

Clinical engagement in digital is like pasta. There are so many different ‘flavours’ and ‘types’ and picking the right one is dependent on the digital ‘dish’ you are creating around your system. Many pasta types have regional variations and some have different names in different languages, for example ‘rotelle’ is called a ‘ruote’ in Italy and ‘wagon wheels’ in the USA. Let’s take three types of pasta and see if we can make this analogy work for the CCIO role:

In the last few years the model for clinical engagement in the digital agenda has transformed hugely. I remember discussing how to ensure that the initial delivery of the National Programme for IT’s Summary Care Record needed to be clinically led and this was way back in 2006. The amazingly driven Dr. Gillian Braunold pushed every part of the technology team so hard, often to the point of distraction as the need for clinical engagement was so new to us. But more than a decade later her style and her ideas for how clinical engagement can be achieved are really coming to the forefront as examples of the best ways of working. The concept of complete clinical ownership from an early stage of any digital project was something she championed way back in the early 00s.

The clinical engagement in place for the Summary Care Record was not seen as a CCIO role, more the twine that held the whole programme together. Certainly as the first sites went live the programme would have failed in its initial goals if it weren’t for the clinical engagement that had taken place. Clinical engagement in this case had to focus not on the benefit to the clinician impacted, the GP, but on the patient benefit and the longevity of the record of care, beyond system verticals. Dr. Braunold, even as far back as 2006, was talking about the fabric of information needed to offer the best care for patients, regardless of clinical setting, which is perhaps our earliest example of a digital fabric being raised.

This type of clinical engagement is epitomised, I think, by Spaghetti, due to the long twines of connectivity. In many ways the way spaghetti also has popularised the ‘dish’ also draws comparisons to what Dr. Braunold did in those early days.

To deliver business change in healthcare we need to engage our customers and they need to co-define the art of the digitally possible. At a recent presentation one of my CCIOs in Leeds put a statement up on a slide that I fell in love with:

“Dear clinical teams, please come to us with problems not solutions, then we can help fix your problem together!”

Clinical engagement in an acute hospital can often fall into the 1+1 story. The engaged clinician completely agrees that a single source of truth for clinical information is necessary throughout the organisation as long as their specialist and favourite application is also to be accommodated. That’s why in 2014, in Ireland, the health system had over 3,000 applications and in Leeds today I have over 300.

This influences my next example, which to this day I think is a brilliant illustration of not just engagement but full scale leadership. In 2014, the Cork region of Ireland decided to push forward with digital referrals from GP to hospitals. This project not only needed clinical engagement but clinical leadership of a kind, to that point, not seen in Ireland when it came to digital.

Joyce Healey, a physiotherapist, volunteered to lead the project and took it from the germ of an idea to a fully functioning solution, initially embedded in GP systems and then on to the possibility of integration into hospital systems across the whole country. The strength of the clinical leadership though is what is important here. Joyce not only took on ownership of the clinical engagement but the leadership of the project itself. It was agreed not to have a national project manager in its earliest days as the lead clinician suggested that the best way to truly ensure the project remained clinically focused was to actually be at the ‘coal face’ of the project.

The work here then calls back to the pasta analogy in that the sheer pervasive nature of the CCIO work in this project made sure that clinical engagement drove success. Lasagne delivers the meat filling with a layered approach to holding the dish together, maybe this is the best example we can use here, holding a superb dish together through a structure that worked well and ensured that the core elements of the ‘dish’ arrived where they needed to.

The development of the CCIO function in Ireland followed a similar path to the eReferral project. A council of clinicians was created under Joyce and then added to with successive and successful CCIOs. The initial style of ensuring that clinical leadership was apparent in everything the team did and this became a key part of the way of working for digital across the whole country. By the end of 2017, there were over 300 CCIOs in Ireland. This number has been criticised in some quarters as the vast majority of them did not have ring fenced time to act in this role, but, the nature of the way they were appointed into the roles has seen them enabled in being local clinical leaders for all things digital and they have become powerful and enabled as an influential voice for the digital health transformation across the country. The large group now created, and the way in which they line up to offer their expertise and advice, also works well with the Rigatoni pasta analogy, the sheer volume needed to create the dish!

I wonder who is the most influential CCIO in the business today? Who is the most famous pasta dish? For me it has to be the person described as ‘THE’ digital nurse: Anne Cooper. I worked with Anne for a while in the National Programme for IT and saw her vision for what clinical leadership should be, her vision of ‘card carrying’ NHS professionals ensuring that large digital programmes were successful, flows way back to the early 2000s. What Anne embodies different to so many CCIOs though, is her ability to not just represent the clinical need for digital inspired change but also her ability to translate from digital to clinical to citizen and patient speak. The Cavatelli pasta dish is known by 27 names throughout the world, let’s face it digital health and care programmes have so many different names for the same benefits that we are trying to deliver that perhaps Anne’s style is easily analogous to this type of pasta.

There are so many clinicians in the digital leadership business today and so many CIOs that truly now believe in the CCIO role; not as a nice to have but as an intrinsic element to achieving success. Professor Joe McDonald in his role as chair of the national CCIO leaders’ network in the NHS posted to social media in the run up to Christmas;

“A CIO isn’t just for Christmas, also without a CCIO a CIO is like one hand clapping.”

This new way of thinking reflects the views of almost every CIO I have spoken to in health and care recently. We are asked to collaborate as digital leaders but without a CCIO we will struggle and probably fail. The new ways of working that CCIOs bring to the digital agenda ensure that we are no longer moving to the digital bleeding edge without at least a clinician on hand to patch us up!

The NHS Digital Academy that Rachel Dunscombe is leading the creation of fits to this analogy too. What Rachel and the team are doing is setting up the Master Chef and cooking school for CIOs and CCIOs throughout the NHS. It feels like at last the opportunity is there for us all to learn from every Gennaro Contaldo there is and begin to truly build little Jamie’s Italians throughout the NHS!

All power and ragu to the CIO CCIO relationship!