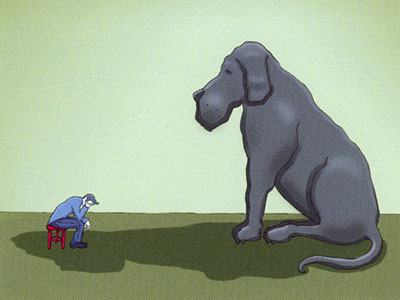 Last night was a great night out in ‘sunny’ London, for me a return to the Jazz Café in Camden, a place I used to love, a place I frequented many times. But, the last time I was there was for the final goodbye gig of a band I loved, Ben and Jason around 2003.

So much changed after that gig, I moved jobs, houses, and relationships changed, and then a devastating thing happened, the person I shared Ben and Jason with, the person who taught me so much became irrevocably depressed, I am ashamed to say I do not know why but stepping into the Jazz Café last night brought back some amazing ghosts of an amazing man. Music can do that to people can’t it!

The gig last night was a live remix by a collective called Blue Labs Beats, they took Guru’s seminal Jazzmatazz volume one and reimagined it live on stage; and then the song Sights In The City came on with the lyrics;

It was a long time since my friend had popped into my head but this week there seems to have been a lot of commentary on men who commit suicide, maybe that is why when this Jazzmatazz classic song came on I could almost see him stood there, taking photos, enjoying being at a moment for us that we were sure we would never forget, and yet no matter how good the moment, we did forget it.

A statistic for you, the biggest killer of men under the age of 45 in the UK is suicide. Here’s another fact 6,000 lives were lost in Britain due to suicide in 2016 and three quarters of those deaths were men!

Why does the black dog, that horrible black cloud land on a man’s back with such intensity, and why oh why do we not deal with the assistance that is needed in a proper, human way? A man feels blue and too often the phrases of anti-masculinity are rolled out; “Don’t be a big girl’s blouse”, “Boys don’t cry”, “Man up” all are common pieces of advice to a man who opens up and says I need help.

I have yet to read any evidence that explains why men are hit by depression harder than women, I am not even sure they are, I think what actually happens is a woman knows how to seek help, a man is conditioned to handle it on their own. In fact, the Mental Health Foundation claim that in England, women are “more likely than men” to be affected by the most common mental health issues. And yet men take depression to the further place so much more frequently than women. This highlights the issue that suicide is such a pressing consequence for us to understand and find a new way to assist every man who reaches out.

This week I commented on social media that lad culture has gone; it’s a decade since Loaded magazine meant something, even FHM is no longer here, and yet we seem unable to move away from how we treat emotions as men. A drunk friend who needs helps warrants a joke that he is just being a lad. Why do we think this is funny still!

I want to be part of a change, I want to be clear that it is ok to be a man with emotions, and if a man, a friend, an acquaintance, a colleague needs help then we have to learn how to be there in the right way for that person.

Back to the memories, going to Jazz Café last night enabled a ghost or two to be put to rest, but it woke up in me a real desire to see what I can do to help, I don’t want the language we use to be a part of the problem anymore.

Since that final Ben and Jason gig the world has changed, and yet being there last night it struck me that so many things haven’t changed. I want to know that if a friend were to come to me with an emotional issue that I would react better now, in a way that would help, in a way that is informed in a way that did not need to consider the gender of the person seeking help.

Ben and Jason’s Everybody Hold Hands With Everybody Else sums up where I wish we could get to;

Dying man, aching hands, fallen to the floor, drowning man, hold his hand, pull him to the shore, back in your hair again, always my heroine, it’s getting harder to bear, you’re not a friend to me, if you come down to me, I’ll never take all your air.

NB – This blog has been written quickly, apology’s for any grammar or spelling mistakes in there, I will get back and fix these later.