Digital fabric and the frayed jeans… 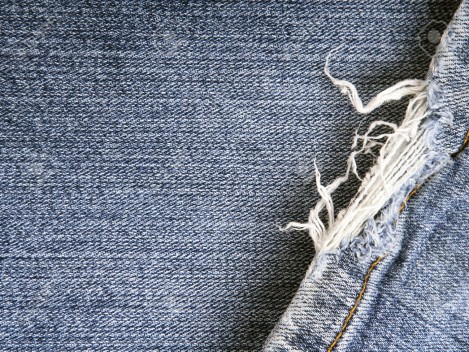 In 2014 eHealth Ireland was introduced by Microsoft to the concept of a ‘digital fabric’. I personally love a good analogy as a story telling form and believe that it is perhaps the best way to get a message across. The concept of a digital fabric has now woven itself (pardon the pun) completely into all that eHealth Ireland are delivering. But now as we hit the back end of 2016 and we have the CEO of Microsoft visiting Ireland to see what that fabric has done I wanted to try to explain how the concept evolved and how we made it Irish.

In 2014 the decisions that needed to be taken about the type of fabric we were heading for were still in the earliest of stages. A newly woven fabric or a patched up solution of all our favourite old outfits really was what we thought were the core decisions. No healthcare system has ever been successful in ripping up the old and bringing in the new, it either hasn’t got off the ground or gets thrown away never to be brought out of the wardrobe again, let us call this type of fabric the ‘Shell Suit’ fabric! The shell suit was perhaps the worst fashion misdemeanour of my youth, and I am pleased to say it has never come back into vogue! For me the concept of simply adopting a monolithic digital system for healthcare just because others have was the worst decision we could have made. We had good advisors, vocal clinicians, seasoned experts and the ability to understand the history here to make sure we didn’t head down this route. Which is lucky as we now look around the world at the shell suit style mistakes that other healthcare systems are now recovering from. Primarily this would not have worked in Ireland because of the way in which the Irish clinician delivers care. Irish clinicians know how to make the system here in Ireland work, they are experienced to work within a system that has limited resources but a wealth of knowledge, they know how to manoeuvre a patient in the system through the complexities of a model where

Another type of fabric that has to be considered is that staple of every wardrobe the perfect pair of jeans! Let’s take this to be the operating model of eHealth Ireland. Like with trying to get hold of the perfect pair of jeans the operating model had to be all about the right fit, it had to take on board the references of the past and estimate the trends of the future and it also has to be built to last. Moving from a local operating model where functions were repeated and national standards were optional was a giant leap for eHealth Ireland but one, through consultation, Ireland moved to in March 2015. The issue now though as we move to the last quarter of 2016 is that the model was designed to be in place with a larger resource, the model then is becoming a little frayed at the edges because of this, also some of the ‘trends’ have changed and evolved at a different rate to the original thinking thought would happen, there is a fear we could be left with a pair of frayed boot-cut jeans when the original 501 is ‘de rigueur’ in 2017.

We are lucky here though, the digital fabric that we are moving towards is not so tightly wedded to the operating model that changes are impossible. The concept of clinical leadership of every project for example was something we thought would take time to get to whereas in reality in 2017 we truly will have got there. The idea that the Individual Health Identifier would be deployed as quickly as it can be in 2017 is another area the digital fabric will now need to evolve more quickly to accept, but again it has been built and agreed to enable that to be so.

I was once told that the easiest way to ensure that nerves don’t get the better of you when presenting is to be dressed just one degree smarter than you really need to be, that way you will have your ‘armour’ on. I think the best way to guarantee this is to be decked out in a Paul Smith suit personally. The eHealth Ireland digital fabric has driven hard the agenda of engagement, with the public, with clinicians, with other government departments. It has taken this part of the agenda very seriously and has worked to the ethos that if we are going to be successful then the whole of the fabric needs to be knitted around the person of Ireland. The engagement will continue on into 2017 with the novel way in which the Electronic Health Record market place will be tested, eHealth Ireland will create a series of Irish personas, we will give these personas names, conditions, characteristics and ask the market, ‘how does your system make these people better quicker?’ or ‘how does the system ensure that the role of the persona (a clinician) can be delivered more efficiently, more safely and in a more rewarding way?’

eHealth Ireland plans for this route to market so that the people of Ireland don’t get an IT system they get a reformed healthcare system supported by a person centric digital solution.

The open and transparent nature of eHealth Ireland is another element of the fabric that we are trying to ensure enables and facilitates a smooth journey to implementation. Jeffrey West shoes are some of the most original footwear I have ever seen and always get commented on and noticed. The social media and digital presence that eHealth Ireland has fostered is one of the routes to transparency and engagement that is quite different for the health system of Ireland but is a route that has been considered by organisations as eminent as the World Health Organisation as crucial in the way in which people can become engaged.

eHealth Ireland took the decision early on to use digital as a platform to engage the people of Ireland. A public consultation on what an Electronic Health Record could be in Ireland, the Privacy Impact Assessment conducted in draft in the public domain and animations explaining to patients how they can be eReferred are just some of the routes that have been implemented. In a similar way to the famous Northamptonshire cobbler every piece of communication has been tailored for a very specific situation which has enabled the success of these communications products and has seen eHealth Ireland rise up as a brand that the public are beginning to believe in and trust in.

The protection that the digital fabric needs to offer the patients of Ireland needs to be second to none, it needs to be steeped in history and reliability needs to be recognisable by the people of Ireland as affording a higher degree of information security and integrity than ever before, the Belstaff Motorbike Jacket is my reference point for this. First made in 1924 and considered to be the ultimate in protection when riding at speed in all the elements the jacket is also synonymous with cool, how to make people fans of information security and governance has been an ambition of mine for the last ten years in health technology at least. Those in the know as why wouldn’t you want to be interested in information security and governance and yet it is often the poor cousin. What eHealth Ireland has done by making it the ‘Belstaff Jacket’ of the digital fabric is try to ensure that we all understand what security and governance mean when it comes to data, how do we remain with a degree of preparedness for every eventuality and how do we utilise partners like Microsoft to help us deliver what we need.

Ultimately this digital fabric wraps around the patient like a silver blanket after running the Dublin marathon or a warm towel after the Boxing Day swim at forty foot! The delivery of the fabric will take on all sorts of directions and eHealth Ireland is there working through each direction as it reveals itself to us, enabling us to be agile and react in a way that keeps the patient at the centre of what we do and the clinical benefit at the heart of the design of every system we look to deploy.