In the shed at the bottom of the garden… 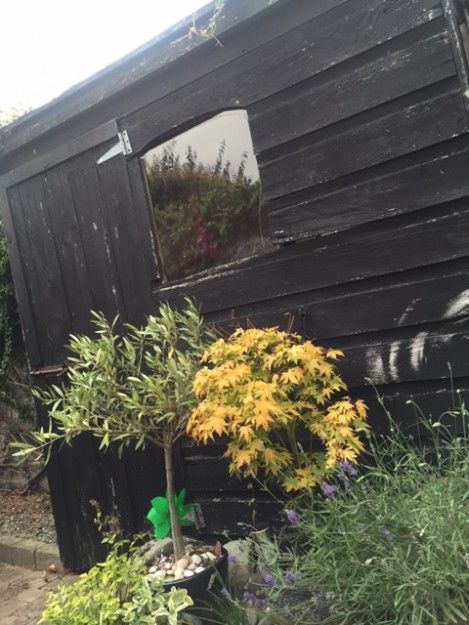 When a member of staff offers to put you in a shed at the bottom of the garden for the next 12 months, what does it mean I wonder? So far my time in Ireland has taught me so many new phrases. Most hilarious was learning what being ‘put on the long finger’ meant, however today on the eve of our all staff meeting the concept of asking the leader of an organisation to go and hide in the shed at the bottom of the garden for a little while I thought was uniquely Irish, turns out its not. It’s perhaps a bit unique to the style of CIO I aspire to be.

The all staff meeting occurs twice a year. It has become traditional to try to pull together a blog post for each of these on the eve of the event that sets some of the tone or theme for the day, gives us something to reflect back on and adds a bit to the conversation as the day progresses. The theme for the staff event this time is quite simply ‘Delivery’. We have had ‘Transition’, ‘Transformation’ and ‘Connectivity’ and now we move on to the ‘pointy end’ – delivery as a theme!

Delivery style applies nicely to the concept of the leader of any organisation being put at the bottom of the garden for a little while it would seem. In just under two years the team has moved mountains, to completely re-structure a function and put in place a national focus that organisations like the World Health Organisation are giving Ireland credit for. The credit for making this happen goes to every member of the team though.

But, when the team offer a ‘deluxe shed’ for a few months to the leader it is time to stop and ask why. Strategy and delivery go hand in hand. A CIO needs to be able to do both simultaneously, Grand plans badly executed will not change the way healthcare is delivered in Ireland nor will rushing at a problem head long without a vision in mind. It is well documented and in the public domain the distance Ireland has to travel with digital health. It has become a little too easy to move quickly without always the consideration needed for keeping the whole team on the same path.

One of the key principles as we moved to transition and transformation of the team was ‘don’t break anything’. We haven’t, but maybe on some days it feels like we have come really close. We are currently operating a resourcing style probably best described as robbing Peter to pay Paul. Not ideal and maybe one of the reasons why a proportion of the team wish I was away in the garden shed for a short while. A further principle though when we started this journey was to keep delivering new things, not to go away with a long term plan that had no new early benefits to the delivery of health. That requires a balance of strategy and operational delivery that isn’t always there for technology teams in health but Ireland has been able to make this work better than I have seen anywhere else.

The most successful of teams are really hard to create. They certainly do not come together ready formed and need a plethora of different elements to make them work. Sport is littered with examples where teams do not equal the sum of their parts and the results simply are not there. Take the difference in commitment from this year’s soccer Euros. The most telling moment of sport TV for me over the summer was a comparison of the Ireland and England team getting off their team bus. The England team exit in ones, big Beats headphones on, no interaction, and no conversation just 12 super stars in perfect isolation. Cut to the Ireland team, talking to each other, gesturing at the stadium, practically hand in hand ready to meet the challenge. The team in white had one of the worst sporting performances ever and the team in green one of the best ever, in my view. Certainly as we head to the qualifiers for the World Cup I am hoping my adopted home allows me to be one of the #BIG rather than a miserable man in white.

The leaders of these two teams had very different sheds. England seemed to have a shed that was strongly built, just a small window and an appointment system to come in for a look with edicts passed under the door every couple of hours about what to do. The analogy for me of the Ireland shed was more of a gazebo, open access, everyone able to see what was happening, to share ideas and move the whole structure easily moved around.

The need to deliver is a pressure the team has to try to handle daily, and that pressure comes from an unwavering pride in what is being attempted. The team has embraced the concepts of the new operating model and is trying hard to make it work often in the face of some adverse conditions, but each small success moves us one notch further towards creating a digital solution that can tangibly make a difference to the way health care is delivered in Ireland. The need to keep delivering, to prove what eHealth Ireland can do, is with us all the time. No matter each success, the media will always find a story that does not play the positive element of digital health. Whether it’s the fact that the wider eHealth Ireland eco-system has sought guidance from an organisation that is globally recognised as a ‘digital-first’ organisation (and for writing about restaurants on that platform) or that eHealth Ireland has pushed hard to be part of the NHS CCIO/CIO councils, these elements do not serve the organisation well in the width of the Irish conscious and perceptions of what is being delivered. And yet they do serve the ability to deliver well!

Camaraderie has to be a big part of how the team works, and that can’t be forced to occur. We are trying lots of different ways to create small eco-systems of support. The amazing initiative from the team around eHealth Moments starts to really put new and exciting opportunities in place. A safe place where the team can share experiences, ask for support, get to know each other or simply understand the many projects and services that are delivered, all on one platform where staff are able to introduce themselves with this now world changing words…

Hello my name is…

I can’t wait to see the way this will bring the team together, and after all, as a digital organisation dispersed across the country, we should absolutely use the tools to hand to achieve improvements to the team culture.

Dare we ever try to emulate the three musketeers’ motto in eHealth Ireland I wonder? It is cheesy but a very good friend used to have it on his email signature, ‘All for one and one for all’. We are trying to get there. I know there will be some of the team who read this who are not sure if they really fit into this, and yet I am committed to get everyone in that shed with me, that’s the style of CIO I want to be!

Times continue to be exciting. An old boss of mine in the National Programme for IT was fond of saying to staff as she passed them in the corridor, she speed walked everywhere,

So rather than just putting the leadership (or worse just me, I need some help) in the shed at the bottom of the garden, who wants to join me, we can break the rules, change the rules and support each other in being committed to delivering, we can strive to keep the positivity and sometimes ignore the negativity.