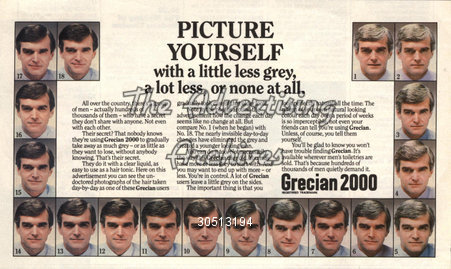 First published in the HIMSS British Journal in August 2016.

Turning grey hair to darker hair to protect youthful looks has been a trend for decades, and yet in IT we want maturity to not be grey, kind of odd really! Whether we are calling it shadow IT or grey IT it doesn’t matter. What does matter is that every national health system that has tried to implement a country wide digital answer to connected health first, has to at least understand the different shades of grey that exist in the system.

This has to be done before any success can be made of a national solution.

No matter the pantone of grey that has been implemented it will exist in health perhaps more than in any other business area. Why is health so grey in its IT delivery? I would suggest it’s down to health lagging behind in the ability to innovate and adopt new technology particularly at a national level. Local health technology projects are able to adopt business change and technology at a rate akin to the consumerisation of digital, but ask a national system to do so and it is like asking the plumber how much for the washing machine to be fixed, a whole lot of teeth sucking and estimation ensues. Engagement in grey IT is also a huge factor, a grey IT solution probably is clinically led from the offset, as it is highly likely that a clinician has championed the greyness and because of this a national public engagement is not going to be necessary, because locally it can normally be achieved with less concern due to the smaller implementation scale. This element I worry about the most though, how many grey IT projects meet the data protection requirements applied to health are or indeed the cyber security protection that health needs more and more of? And as a health IT leader how many projects are you going to be asked to take on when the going gets a bit tougher.

But back to that plumber! My suggestion is back to the old business change chestnut! To make national IT solutions works requires national business change solutions to be implemented, and funded. Government and healthcare systems globally want to use technology to standardise the delivery of healthcare and yet we now all realise that the way to success is to enable clinical choice and to build the project on sound business change principles, clinical standardisation may be an outcome of the delivery of national digital solutions but should not be the reason to implement.

In recent months we have seen the NHS launch two ambitious plans to reveal the local digital maturity of the entire service; the answers were startlingly different from locality to locality. Again we find ourselves asking why the dramatic local differences and does it really exist. I would suggest differences do exist, prioritisation at an NHS board level and the starting point even further back will have had a huge impact; however by far the greatest impact on any new understanding of a national maturity is the incentives to reveal all. If the assessment can bring money then the wiley health organisation may well down play their current position to get their hands on much needed funding. However on the other hand if the assessment is going to place the organisation in some kind of league table or ratings created then the opposite will occur.

Here in Ireland we have a digital immaturity in health that is well documented, and yet we have some centres of excellence in disease areas or locations that rival other parts of the world. We need to assess how to build on these centres and we need to work out how to share better. The reform of the Irish healthcare system that is underway has an objective to create larger, sharing focused organisations, doing this for digital is going to be a challenge but is at the heart of the next stages of our five year plan.

A digital maturity understanding across the health sector is being approached by Ireland’s CCIO network, rather than asking IT leadership directly we will ask the clinical network to describe what they think of the maturity of the organisations they work within in the first instance and then go back to validate with the expert technologists, hopefully cutting out the issue of perverse incentives coming into play as much as possible.

The results of this will then drive not just a prioritised work plan for implementations like the whole Ireland maternity and new-born system and national lab system but will also be used as an investment case and readiness starting point for the implementation of the Electronic Health Record.

A clinically led view of the greyness of digital and the need to build the foundations on this could be best summarised by using the famous hair product catch phrase, ‘why take two bottles into the shower when one will do,’ in other words let’s get one digital maturity understanding done once by the right group of people to do it!

And as we started with the Grecian 2000 metaphor lets finish with ‘It lets you decide, day by day’, in other words brings out our natural and real ‘colour’ of IT in health!