Brexit and the CIO! 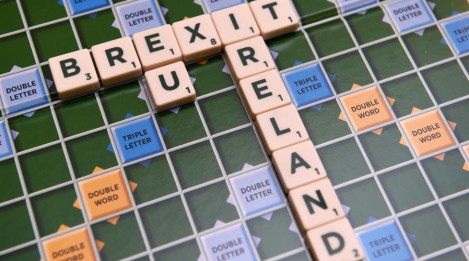 Just when you thought every conversation would be about Trump this summer someone decided to press a big button that didn’t say Brexit on it, it said ‘stick it to the man’ and very few people thought that meant leave Europe! Or certainly after the event that is what it feels like. As I have caught up with colleagues, friends and peers I have only found two people who are proud to have voted leave, admittedly one was resplendent in union jack cuff links and belt buckle so maybe shouldn’t count due to crimes against fashion! So much has been written from within the UK about what it could mean for this role we all love, the CIO role post Brexit will change, we have no doubt about that. I am no longer living or working in the UK, whilst only 50 minutes with Ryanair away Ireland is very much a different country, and I love it for that.

The morning of the 24th of June will be one that the modern CIO will remember for years and years to come. It has become the where were you moment of the ‘teenies’, so many people describe the story of turning to their partner and saying, crikey it happened, we are leaving Europe and the look and squeak of complete and utter astonishment from the other person whose twitter feed hadn’t woken them up first. I wonder if Boris and Farage were as shocked as the rest of the globe was.

The google search for how to get an Irish passport over that day is said to have been the most common search in Dublin and then the need to continue the conversation with digital leaders throughout Dublin really began to happen. It has now become the conversation at every meeting of CIOs and IT professionals in this bustling digital city and not having an opinion or a new piece of gossip about the impact is simply not allowed!

The good it will do for Dublin in the short to medium term seems to be huge as more and more companies are said to be looking to have a location in the city, after all it is English speaking, in the EU and with the Euro, not to mention the amazing digital eco-system that has sprung up already. But will it be for the good of the wider Ireland? My own opinion is possibly not; there is a huge risk that Dublin becomes more and more like the London of Harry Enfield’s imagination, where Dublin is the place ‘with’ and much of Ireland becomes the place of aspirations, and that I think could be an Irish outcome of Brexit without very carefully national leadership.

The immediate impact on a CIO delivering digital solutions to health in Ireland has been significant. For example data sharing agreements for the island of Ireland will need to be looked at from a different point of view once article 50 is triggered. The delivery of health care if you are a patient living on the boarder suddenly could be a very different prospect for a non-EU Northern Ireland. The technology to support this will need to have a very different plan to that being considered pre-Brexit.

The 8th of June saw the Republic of Ireland announce an EU member state first, a Health Cloud First policy. Brexit now will mean that a wider consideration of where data goes from a disaster recovery point of view needs to be had, if data is leaving the EU what does that mean and what will the UK data agreements be with a USA. More open and free movement of data between Uncle Sam and the May state is quite a scary prospect to manage with the privacy concerned of Ireland. Certainly a Brexiting UK with May at the helm is already building up a worrying record of a willingness to downgrade digital privacy considerations.

The advisory and consultancy firms that Ireland’s health sector has been working with as it moves towards its full Electronic Health Record programme moved from conversations about NHS expertise and knowledge to different countries overnight, suddenly Canadian knowledge and experience is de rigueur amongst the partners seeking to impress the eHealth Ireland function. Why though, is it because an NHS post Brexit would be less willing to share or simply because the sheer amount of work to now do in the NHS will be simply too big to offer up guidance to Ireland. Personally I don’t believe it is anything to do with the NHS really and more to do with the large consultancy firms trying to stop the conversation being ‘just’ about Brexit and wanting it to remain on topic.

The Brexit promise to the NHS of 350 million a week more in funding was withdrawn by the morning of the vote, the NHS is heading to a deficit that is eye watering and will impact upon the priorities of a minister for health who never really jumped one way or the other when it came to Brexit. In Ireland we have a minister who is insisting that the country needs a ten year plan, or at least a five year plan to reform the health system. The optimism in health in Ireland in a post Brexit world is quite significant, the number of Irish citizens working for the NHS is huge and Brexit just became another leaver to try to persuade them to return home. Around 5,000 of the health staff of Ireland are English though, the thought of not being able to do the job here in Ireland is a nightmare scenario but one that now needs to be on the risk register.

The one thing that as a CIO with a penchant for social media I did come to realise more and more during the run up to Brexit was the concept of a the social media influence bubble. So few people ever seemed to be talking about voting to leave and yet somebody somewhere clearly did make that choice. The dawning thought as social media became awash with despair was that the influence that the social media format has on you is way more to do with the bubble that you are in than a truly independent view of the world. A great many have complained they simply couldn’t get good media facts and knowledge to build up an opinion; maybe there is something in the fact that we are now using social media as a news outlet that hugely influenced that. Brexiters were compared somewhat to an extreme political view, racist with lack of global view. And yet in a post Brexit world clearly that simply cannot be true!

A recent Irish Times article rather tongue in cheek suggested a coming together of Scotland, Ireland and Northern Ireland as an EU state. Whilst done in a mischievous way it grew legs and in less than 24 hours people were discussing this as if it were a real possibility. The desperation to find a way to maintain some of the status quo in the digital world we are trying to live within is having a huge impact on what we think of as the art of the possible. The conversation now needs to shift, away from desperate plans like the ‘Scotireland’ and move towards what needs to be done to make each of our areas of concern work in a new world. Every EU state now needs to have a digital consideration of Brexit and build policy and solutions on how to make this work, the EU of a shared digital future has changed forever and each one of us now has a part to play in understanding what it will look like next.

As something of a post script to this piece, there is a town in county Tipperary called Twomileborris, the name Borris is generally thought to be a Norman word for stronghold or district, maybe, just maybe the work of Boris to deliver a Brexited UK could end up creating an even stronger digital stronghold for Dublin, and with the right considerations and policies the whole of Ireland, certainly the opportunity seems to be stronger than the threat. I had three adoption offers and the passport application process explained to me in detail within 24 hours of Brexit, I hope that means I am going to be in Ireland for some time to come, but I really do hope that the CIO fraternity of the UK can make Brexit work for digital, the whole of the EU still needs it to, in or out!