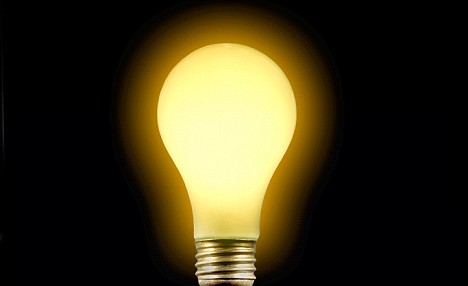 At the 2016 EU eHealth week in Amsterdam a number of commentators made an example of the clinical and patient engagement coming out of Ireland around the digital health landscape. This from a country that until recently had made little impact on the health IT area due to past systemic underinvestment and a lack of agreed direction.

In the last 18 months Ireland has rapidly began a programme that it describes as its Knowledge and Information plan. The programme sees Ireland learning from the success and errors of other jurisdictions with an expressed desire to ‘leap frog’ other countries and put information at the heart of its healthcare reform agenda.

Richard Corbridge is the Chief Information Officer of the health service in Ireland and the Chief Executive of the entity the Irish government has formed to achieve its digital ambition, eHealth Ireland. One of the first appointments made after its formation was to put in place a Chief Clinical Information Officer, this role was awarded to Yvonne Goff a radiographer by clinical background and now Ireland’s technology professional of the year. We asked both of them to comment on the recent success Ireland has had

‘It has been over twelve months since the Council of Clinical Information Officers was established with the aim of bringing together clinicians and practitioners to guide the successful delivery of eHealth solutions across the Irish healthcare system. The council is composed of clinical leaders from diverse backgrounds including, leaders, academics and suppliers, the CCIO has expanded to a network of over 200 members across many regions and disciplines.’

‘The number of engaged clinicians in Ireland has been a key to the success of several projects in 2015/16 and continues to be the bedrock that we build engagement upon. It has been commented on that over 200 CCIOs is a large number and we have been asked how can they be so engaged? The reason why is the absolute desire to make the eHealth agenda work and deliver for patients and clinicians. The CCIO in Ireland has been formed to provide not just an advisory group but a clinical leadership workforce.’

The CCIO in Ireland is able to highlight the importance of collaborating with clinicians to ensure projects can be designed, developed, and delivered successfully.

In order to build an understanding of the benefits and implementation capability needed for an Electronic Health Record; eHealth Ireland is investing resources into three clinical project areas – epilepsy, hemophilia, and bipolar disorder. These projects are known collectively as the Lighthouse Projects, each are clinically lead and the CCIO collaborates with a number of other academic and charity organisations in order to advance and deliver these important projects, all in one year.

As well as building the clinical engagement Ireland has had to rebuild its technology function, up until early 2015 it was a function that was able to deliver local excellence but had not been able to work as a single national system. Under the new function of eHealth Ireland and the Office of the CIO the function has evolved to become a truly national set of functions. The CIO has achieved this through a continuous engagement process, adopting digital solutions to engage the staff who are located throughout Ireland. The team has used a wide range of tools to continue to evolve this engagement. Richard Corbridge described these different tools and initiatives,

‘The first thing we had to do in this space was to bring staff together for a face to face, something that in nine years that had not happened, we agreed to facilitate this happening twice a year and so far these have gone extraordinarily well with teams having the opportunity to present their projects and a series of guest speakers ranging from a futurologist through to an academic on the theory of communications. This has galvanized engagement from within, inspiring staff to take control and further drive engagement. New projects have been started by staff such as #eHealthmoments an enterprise facilitating staff to connect on a deeper level using digital technologies and Quality Innovation Corridor (QIC) Programme an initiative to open up innovation pathways through which clinicians, in collaboration with eHealth Ireland expertise, can seek seed-funding for creative digital solutions and assistance in deploying these.

However he does then go on to describe how different solutions have also been required to keep building on the engagement and enthusiasm,

‘We have recorded video interviews, and podcasts some of which have been broadcast live featuring all of the senior management team. We have used animations and story boards extensively to build a level of knowledge of each project and have used these to facilitate a wider understanding for all citizens of what it means to create a digital fabric in health that is needed to achieve a truly integrated healthcare system. One of the health system in Ireland’s core vision statements is to be transparent, social media engagement has enabled an explosion in this area. Project leaders and team members have embraced this vision and really built networks of people willing and ready to engage. It was a real shock to the system to see leadership openly engage through the use of social media; however it has now become a normal solution for communicating, which has truly been inspirational for the health system.

The continued evolution of communications with the CCIO group has been equally important to Yvonne Goff who explained why,

‘To me it is hugely important that the CCIO group continues to grow, expand and diversify to ensure that they are best placed to deliver for Ireland. The building of relationships with other CCIOs, advising appropriate direction for best practices around procurement and adoption of eHealth solutions is our reason for being.’

She went on to say how this engagement has been achieved, ‘the CCIO recognises that one of the most effective ways to engage and collaborate is through social media and digital networking. The twitter handle @CCIO_IRL is used regularly to communicate with clinicians, health informaticians, and other interested stakeholders. The CCIO also regularly take part in discussion and discourse on social media and in the CCIO discussion forum. The CCIO successfully hosted #irishmed Twitter hour resulting in its second busiest hour generating nearly five million impressions. The CCIO come together once a quarter as a group and are embracing digital solutions to ensure that the most can be gained from each meeting.’

Yvonne Goff then summarised with the rallying call, ‘the CCIO is making a positive and lasting difference to Irish Healthcare. And through discourse, collaboration and important projects it is committed to working together in order to implement clinically lead solutions that improve the quality of healthcare and the well-being of Irish citizens.’

The two leaders of the Irish healthcare IT revolution clearly have engagement as a priority, Richard Corbridge went on to round off by saying, ‘we need to take the whole system on a journey, we have managed to create a great environment for clinicians to become part of the team, we need to do the same for citizens and patients, the eHealth Ireland committee recently tasked us with recruiting a patient to the key governance function of Ireland which will be a great starting point for person centered care to truly come to fruition.’

He finished by saying, ‘a friend recently used the phrase ‘legitimate theft’ when describing the sharing of best practice, Ireland has done this to create what it has put in place, the offer is there for any jurisdiction to come forward and reuse what has been developed here, shared learning is a great way to ensure we all have the best engaged staff we possibly can have.’

To contact eHealth Ireland about this, why not do so via social media, @eHealthIreland is their twitter handle and they will definitely come back to anyone wanting to know more.