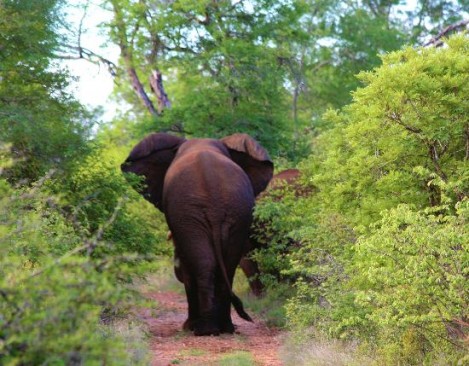 The amazing work of Chip and Dan Heath in the book ‘Switch: How to change things when change is hard’ describes a series of analogies that reference organisational change. One of these is the elephant at the beginning of the path into the jungle with the ‘driver’ and a selection of passengers. This is almost the perfect storyboard for the implementation of an eHealth fabric into the health system of Ireland.

Let me explain, changing the direction of the elephant can only be done by the driver through brute force without the elephant being happy to change its direction. If the elephant is already on the path some way before the driver and passengers get on then it will be more likely to continue than if it is at the very beginning of the path.

You are not convinced still are you? What can this possibly have to do with the implementation of an eHealth fabric into Ireland I hear you yelling!

The formation of eHealth Ireland at the end of 2014 and the publication of the eHealth strategy helped Ireland understand the art of the possible, it didn’t start the elephant journey it simply allowed us to figure out there was a path, a driver and an elephant.

2015 has been the first year for eHealth Ireland, a year that has enabled it to define the direction, make some success of that direction and understand what next. We have started on the path; let us superimpose the Knowledge and Information plan as the path in the elephant analogy. The plan was published in the spring of 2015; it takes the great work of the eHealth Ireland Strategy and the thinking around this and operationalises it. The plan provides the health service of Ireland with a route to implement eHealth solutions that will come together to create the digital fabric that we all agree is so necessary for health to be delivered in a modern world.

The plan also describes the necessary operating model that the Health Service Executive’s office of the CIO would need to adopt to be able to deliver innovation whilst also keeping the lights on a service that is heavily reliant on the ‘human prop up’.

So, back to our analogy, we have described the path, as the analogy says though to get the elephant to move along this path it will need to feel it has made some headway already. The OoCIO picked a series of projects and priorities to focus upon in 2015. The feeling of embarking on a journey needed to be felt right across the organisation and quickly if faith was going to be created in the delivery of an eHealth fabric.

The key priorities that have set the elephant on its path had to be wide ranging, some needed to be prioritised due to foundation need others were due to clinical or patient engagement, and all were to bring success of some degree in 2015. The four to pick out and reference here particularly are:

Individual Health Identifier (IHI) – At last a key data foundation for the assurance of patient safety through information, an ability to implement information security and a tool to enable efficient audit and management of the health service was implemented in September of 2015.

eReferral – Building on a successful pilot rather than closing it down with lessons learnt was the catalyst for this project. eReferral is the ability to utilise solutions in place already and to create a digital referral process from GP to hospital.

Chief Clinical Information Officers Council (CCIO) – The clinical driving force that keeps the technology enthused OoCIO on the straight and narrow. Ensuring that technology is here to solve a problem not look for one.

Electronic Health Record (EHR) – The signing of national contracts for the delivery of a single lab information system and the final clinical validation of a single Maternity and Newborn EHR as well as the publication of the EHR case for change ensure that eHealth Ireland is taking appropriately paced steps towards an EHR for the countries health system.

So, we now have the path defined and the distance we have travelled on it thus far clear to the elephant. We have the elephant, the health service itself, moving slowly but surely, methodically taking care not to break anything along the way. We have the ‘driver’ defined in the eHealth Ireland function and its structure and the passengers on the elephant as the clinical leadership and senior management team of the health service itself all being able to guide and influence the driver.

This huge elephant has fundamental strengths that need to be made the most of if it is to pass along this path. It has a wealth of knowledge and learning that can be applied to the movement down any new path if brought to bear in the right way. The ‘driver’ is well placed to ensure that the change in direction that sometimes will be required can be influenced rather than demanded, small incremental steps that keep the path illuminated will be a more assured way of getting to the end point of the journey.

However the end point of this journey is not a final drinking spot for the elephant but the continued evolution of a digital fabric to support the capability of the health service of Ireland, a grand ambition for the ‘driver’ and the team to have.

Credit and thanks to Peter Sondergaard of Gartner for the inspiration, advice and guidance.