Internet of many things, research on the go… 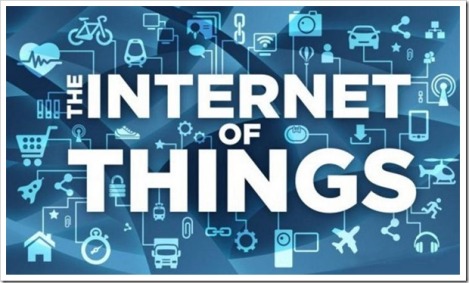 The race for the truly smart home is on, when your fridge can create your shopping list on your phone. It can add to that list as your friend takes the last cold beer, advising you which supermarket to call at on the way home from work to pick up the best value replacement! Then the Internet of Things has become truly valuable.

This isn’t science fiction, this is here now, the Palo Alto company Nest Labs are now making the API behind this and other smart home solutions available ranging from kitchen appliances to the smoke detector and thermostat.

As your home starts to build an IQ what will the impact be on clinical research? I have been wearing the Jawbone Up since February, researching my own sleep versus activity and trying to hit the magic goal at least five in every seven days. The correlation between sleep and activity is clear, however I guess I didn’t need the Up to tell me that if I did lots then I needed more sleep! What is interesting is how that data can be added to with information about location and food consumed, the ease of keeping a food diary to understand the impact on sleep is now there and I now know to avoid cheese for a good nights sleep and that if I am away from home I can expect no more than four and a half hours sleep on the first night.

In a recent Gartner study it was reported that by 2020 there would be 30 billion connected devices worldwide. An IDC report indicates that there will be 212 billion ‘things’ connected to the Internet by 2020! McKinsey have been looking at the value that the size of this market could bring to the global economy, they have a suggested value today of $2.7 trillion against the market place that they define as the Internet of Things, by 2025 they suggest that this could grow to $6.2 trillion. All of these numbers make me shudder though, they seem to be equal in their impenetrable hugeness in a way to some of the big data numbers are.

Then you ‘throw in’ the iWatch in 2015, if it becomes as ubiquitous as the iPhone then many millions of people globally will be recording all manner of health information every day and perhaps making it available without the difficulties of consent to organisations that Apple believe are appropriate to be delivering research.

Tele-Health, eHealth, Tele-Medicine, terms that have been used interchangeably for years without a real leap forward in the beneficial impact they can make on the provision of health care. However as the Internet of Things truly takes hold these terms do come into their own and at last begin to put in place the building blocks to release benefits.

The concept of the Internet of Things breaks down an equally powerful social concept of the Digital Divide particularly for health and clinical research. After all ‘things’ is used as a definition largely to demonstrate how ubiquitous the internet will be, the digitisation and therefore connection of so much ‘stuff’ reducing if not removing the much maligned divide. As the next generation (and what will we go to after generation ‘Z’ I wonder?) takes to the digital world and the next generation of researchers and clinicians become qualified we will truly see an empowered citizen world wide.

Earlier this year I got involved in the creation of a piece of work called ‘The last train to Data-Topia’. In this we described a world in 2030 where research and health care went hand in hand. As the ‘Internet of Things’ moves from being part of the catch phrases of the famous consultancy firms and becomes more related to the reality of what can be done with technology the impact on clinical research can truly begin to be explored, not as science fiction, but as a reality.

eHealth and an easier path to clinical research really has become a possibility if the right ‘Things’ can act as the catalyst needed!