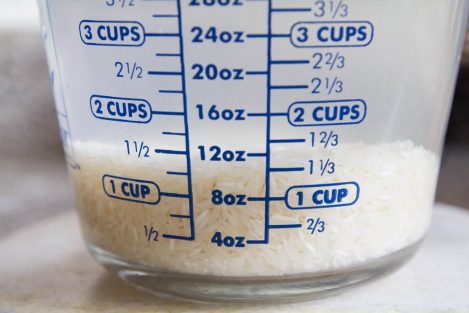 The ladybird guide to explaining difficult things is something that as a parent I wish we all had a copy of, after all the word why and how are every three and six year olds favourite words!

In the last three months I have been involved in quite a few presentations. I was asked by manager to help him deliver a presentation as a ‘double-act’, a way to try to brighten up a message that doesn’t always excite everyone for some reason, the digitisation of healthcare!

Working in technology and healthcare at the same time means that we have twice the complexity, twice the TLAs (Three Letter Acronyms) and twice the very clever people to engage with.

Explaining complex messages to build engagement is all part of the job if we are to be successful digital professionals. This got me thinking what are the two most complex messages I need to explain; I think the ever-increasing size of data and the almost comical words the industry has adopted to describe these is one and the ever-increasing counting-horizon is another, but more on the second one later!

So, data sizes; what on earth is a Zettabyte other than something that is huge! Recently I heard data described using rice as an analogy, and at last I could begin, and I really do mean begin, to understand just how big, big-data was. Lets start at the beginning, if a BYTE of data is represented as a grain of rice then we can, loosely, get to a KILOBYTE being a cup of rice which in turn makes a MEGABYTE 8 bags of rice. To get us to the GIGABYTE then we would need three lorries full of rice! It just gets a little silly after this though, the exponential growth of data now starts being represented by 2 container ships equalling a TERABYTE the whole of Manhattan Island being a PETABYTE and the whole of the UK three times over being a EXABYTE. So back to the original question, a ZETTABYTE is the Pacific Ocean full of rice!

Whilst this is a loose story it puts a new perspective on a concept that has been perpetually hard to describe and understand, something that I now need to think of in every presentation I give, after all that question, ‘What is Genomic sequencing in two sentences please?’ is bound to happen soon and I don’t know the answer!

The second complex message comes back to what I have been heard called the counting-horizon. We now talk about millions and billions like we understand what they are, my son knows that soccer players are worth millions for some reason but doesn’t really understand the difference between that amount and the amount I pay for buying a packet of match attacks. Yet do we really understand that counting-horizon, there are six zeros in a million but what does that mean. Next time a football player is sold for 30 million I have a new trick to explain to my son what that ‘actually’ means.

There are a million seconds in 12 days! My sons favourite player is Messi, he is valued at $340 million or 4,080 days, which is older than my daughter!

There are a billion seconds in 31 years and a trillion seconds is 31,688 years, which almost becomes impossible to contemplate! The race is on for the first Trillion Dollar company but will they also have the longevity of their worth, I wonder, will Apple, Amazon and Alphabet be here in over 30,000 years from now!

One of the roles we have been talking about in the recent presentations is the role of story teller, good stories need good analogies, after all Captain Underpants, my sons latest bedtime read has been nearly banned in the USA for inciting disobedience in young adults, surely an analogy for the current political/media relationship over there!