Digital health and the Hollywood re-boot! 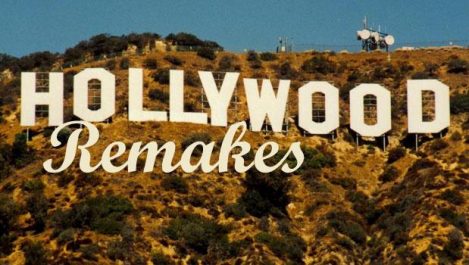 What can digital health learn from the biggest trend in Hollywood block busters, the Re-Boot.

In the last 15 years Spiderman has been through three ‘re-boots’, Tobey Maguire, Andrew Garfield and now Tom Holland. Batman has managed even more changes that have brought various degrees of success (personally I thought Michael Keaton did a great job!). Digital health can learn from this trend, a re-boot or two of how digital health is ‘sold’ to the public, the tax payer and the media is perhaps a little overdue.

The cynic amongst us though would be worried of the PR agency spin at this point, but I would disagree. Earlier this week I was being taken on a high-speed car chase through the streets of Leeds, otherwise known as a taxi ride from the train station to St. James. The usual conversation, what do you do and where do you come from ensued (does anyone else feel they are on a game show sometimes when they are in a taxi?) What was surprising was how much the taxi driver knew about the digital reform of the UK health system, but here is the issue; “Was that the disastrous IT project that failed”, says the taxi driver. No matter where you go the National Programme for IT (NPfIT) is almost universally hailed as a failure, and yet the programme put in place foundations for digital health to rival any country in the world, it put in the ground work to engage the customer whether that’s the clinician or the patient. I guess much as Michael Keaton put in the ground work for the plethora of super hero movies that have become de ’rigour as the summer hit movies!

Ireland still has its own NPfIT. PPARS is still described by the Irish media as a ‘comedy of errors’, and just as NPfIT it has its failings, PPARS today is a success that can be built on! To go back to the superhero movie analogy, PPARS and NPfIT are best linked to the Daredevil and Elektra movies, Ben Affleck and Jennifer Garner vehicles of 2003, fans know these were ‘great’ films, the critics were convinced they were rotten tomatoes, but, they now have influenced some of the best Netflix superhero fodder ever to be made!

The culture and leadership of the digital team is significant in a judgement of success.

Building a team is a trick that every digital leader should accept as their number one priority. Without the team the priorities, the governance, the customer at the centre, any of the benefits of digital will not be delivered! Across the world the delivery of healthcare is under financial pressure and this in turn means that the immortal words, ‘do more for less’ are likely to be uttered to you as a digital leader.

When you then look at what you can do less of there is a risk that the things that ‘could’ be seen as not digital’s responsibility are the first to go. If your mind lands on this as a decision please, please think again!

All over the world organisations are being told digital fails without business change resource, and yet as fast as this is becoming a key message for many business areas health systems are trying to cut the business change element from the budget of digital. In Ireland, we have spent the last three years trying to reinforce the message that the projects we have set as priority projects will fail without proper business change elements. The success Ireland made of the first digital maternity hospitals was a success of the business change functions and the clinical leadership. The need to have 9,500 hours training in one of the hospitals is described in some of the Irish media as a failure, what a shame that is. Business change perhaps shouldn’t be labelled as training, I guess that’s where we went wrong in Ireland, the ‘brand’ of business change resources within the team needs to be clearer, they are the engineers of success!

In my move to Leeds I was recently asked what sort of a CIO I am? One that focuses on technology or one that focuses on information? I think I confused the person asking the question when I said I am a CIO that focuses on the people. The need to create a team that cares most about the business change we are trying to achieve; I hope is part of the legacy I leave in Ireland as I begin the handover of what I do to the next digital leader for healthcare, a team that has moved from one that delivers digital to one that helps create business change through digital innovation.

Resourcing any organisation to be able to achieve a business change is difficult, trying to ‘re-boot’ the view of the team at the same time really does require an engaged and enthused leadership team.

How will we find the right people for the right job at the right time is a tricky question for any digital leader trying to create a cultural change. It’s a challenge that we have worked hard on in Ireland. In November 2015 the department of health gave us permission to recruit 49 new members of staff to the team. An exciting time being able to consider how we could now truly begin to move the ‘dial’ on the ratio of staff available to the business and how we really could begin to focus on the delivery of business change. The trick though was what sort of staff did we need. We were pleased with permission to recruit 49, we had asked for 150 new staff which meant a prioritisation exercise and a structural alignment that matched the resource we were now allocated, a re-boot with a limited budget. Not all of the re-boots require the superstar actors and huge budgets though, think of the collection of superhero TV series now gracing the screens of Netflix, nowhere near the super budgets of Batman Vs Superman, nor do they have the big name actors and yet they are probably making a bigger dent in the film buff psyche than the most recent Batman film ever will, sorry Ben Affleck!

How do we professionalise the digital health function though, how do we become recognised as the go to function to achieve change in healthcare. First and foremost, the logic of success building on success is key. Pick the projects that can be successful, not the easy projects or the quick wins, but the projects that will make a difference and that you know can be achieved. Professionalising the digital role in health is influenced from the outside in to some degree, the clinical engagement in the success of digital will build an organisational ally to help in the consideration of what a professional digital workforce can bring.

The re-boot of digital health needs some tools as well as the new actors. The SAMR ladder has worked well for us in understanding where our focus needs to be. Are we Substituting, Augmenting, Modifying or Redefining the delivery of healthcare. Are the terms mutually exclusive or are they an innovation journey that digital healthcare is on?

Dr. Ruben Puentedura’s model gives any digital leader an opportunity not to just re boot the organisation but a model to re boot projects as well.

Lets look at PPARS in Ireland, its original premise using SAMR was to simply Substitute what was currently in use with a digital platform, what went wrong according to the general consensus is that a simple substitution wasn’t enough. The human process was exactly that, not a logical process that digital could be a substitute for but an emotional and geographically different process that actually needed a redefining re boot. The success of eReferral in the last 18 months is because the process has been augmented, and the project team set about the re boot of the process knowing that was the case.

Einstein’s definition of insanity is perhaps over used, but it fits so neatly here; ‘doing the same things over and over but expecting different results’ is his tried and tested definition. Without a re boot digital health is not going to succeed and we need it to be the next Avengers re boot not the best forgotten Nicholas Cage classic, Ghost Rider.

Consider the re boot theme, build the business change resource and lets get this movie started!