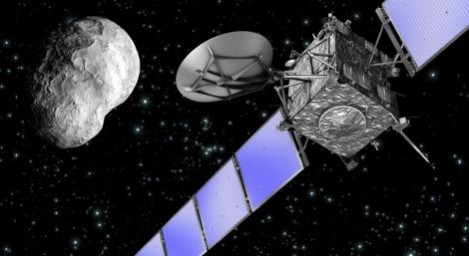 If a sleeping space traveller can awake after so long asleep and immediately spring to life all systems go then what lessons can we apply from that to the implementation and reconfiguration of information systems across the clinical research network?

You know the feeling before you go on holiday, early flight to Ibiza is booked, the alarm clock is set, but is it, will it go off, will the battery run out! Will you have that famous moment from Four Weddings and a Funeral where the wedding party realises it has slept in. Anticipation of that feeling is now rife in my team as we move towards the 1st of April when so many of our systems need to still work with new organisational structures implemented into them and new systems deployed ready for the research network to use them.

In a similar vein to the mission control team at the European Space Agency who sat there at 10:00 GMT on the 20th of January watching, waiting and hoping that all the effort and 1 billion Euros would pay off and the Rosetta space craft would spring back to life. The Informatics team at the NIHR CRN are planning, building and scheduling change and implementation to ensure that on go live day (A day I am no longer allowed to call D Day) all systems will continue to support Clinical Research in the NHS. The analogy for me will be similar to the point when Rosetta drops Philane her ‘washing machine sized lander’ on to the comet Chury.

‘Nobody said it would be easy’, an old boss of mine in Service Management days used to say this to the team at least once a week, I have avoided quoting this boss to the team, but its been tempting. Implementing change and new systems at the same time in a ‘Big Bang’ fashion is something we have ‘almost’ joked about over the last 12 months, but here we are T minus several days to go live of the new structures and therefore to the day when everything needs to continue to function just the same as it did before.

An evolution of the systems is perhaps what best describes what has gone before when change has been required in the research network, the evolution this time is more akin to the ‘Big Bang’ theory perhaps then any gradual Darwin-esque survival of the species. Alois Elbner, an architect of the Rosetta craft commented on the ‘wake up’ process with these wise words, ‘Everything had worked until that point so I didn’t see anything to be worried about’. This is where I want to be before go live, everything tested, trained and delivered so that when the mythical big switch is flicked there is no drum roll or fireworks, simply a sigh and everyone continues to work.  To achieve that we have invested a great deal of time in ensuring that readiness is as important as the system delivery, trying hard not to drive delivery to dates but to quality first and foremost has been challenging as ultimately there is a date that systems need to be in place to support research continuing, however from the very top of the organisation all the way through it the mantra on quality first schedule second has been drummed home. Creating a culture that allows quality system delivery at the centre of it with one eye on the schedule for delivery is essential.

To take the analogy of Rosetta still further though, the insight that the dropping of the Philane on to Chury will be significant, maybe even providing clues as to the origin of life. The system change we make as we move to the new financial year will not quite be that significant but if we release the benefits we aspire to we too will be releasing access to ‘secrets’ that can revolutionise how clinical research is delivered in England.

However, back to that culture change element, how did the European Space Agency enable end empower the team to concentrate on quality and innovation alone whilst still saying focused on the date when hibernation ends and Rosetta goes to work? From the research I have done I would suggest through a culture of ownership and care, each end every component of Rosetta is owned by a team who has been involved since the inception. When the idea of a system hibernating for 3 years was raised a team of people were created to deliver this with complete ownership of this component and process. They were tasked with all elements of creating this, including ownership of releasing the benefits of their innovation and the communication to the wider team. Through doing this the team become the complete owners of what they are delivering and then become tasked with the delivery of the benefits they have designed.

And that’s what we are now trying to do, empower the team to have ownership of go live and for them to be ‘allowed’ to have the direct relationship with the customers so that the benefits are clearly articulated and therefore easier to measure and handover. All this is making for much happier astronauts!