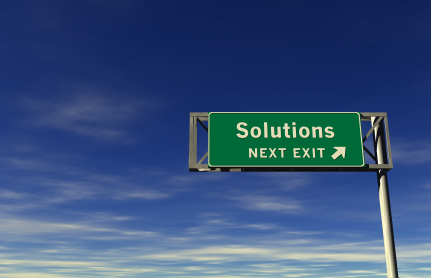 Seven predictions of trends in eHealth in Ireland in 2017

At the end of 2016 Boston Children’s Hospital in the USA published a blog describing the seven predictions for digital health in 2017. A focus of eHealth in Ireland in 2017 will be digital solutions to support the care of children, be that preparation for an EHR for the National Childrens Hospital or the continued implementation of the Maternity and New-born system. Ireland has, in 2016, delivered on so much of the promise it made, with this in mind we wanted to consider the predictions by one of the world’s leading children’s hospitals and apply them to what we think can be achieved in Ireland in 2017. eHealth Ireland has set its sights on being able to apply these trends to what it delivers in 2017, fully supporting the ‘building a better health service’ agenda of the HSE with digital solutions.

We have seen the adoption of telehealth in other jurisdictions begin to make a difference to how care can be delivered, colleagues in Scotland have been making a success of telehealth in outreach regions for the last five years or more. Whether it is driven by the health system, special interest vehicles or the patient themselves it doesn’t matter in Ireland. The creation and adoption of design principles relating to telehealth and the digital identification of patients and clinicians will aid adoption. Three examples of success in 2016 that can be built on spring to mind. The wonderful work of the Heartbeat Trust in the connectivity of GPs for consultations prior to and after heart surgery has begun to change the model of care on offer and all at a price that is affordable from a technology point of view. The delivery of patient portals is something that will be at the forefront of care in 2017 with the go live of a patient portal for epilepsy and the initial go live of a patient portal for the viewing of a persons own elements of a summary care record will enable Ireland to understand better the impact of this information on the delivery of care away from the more traditional care centres.  The final example is an Irish company called Web Doctor, a company that has gone from status as a start-up to truly delivering a platform for primary care that is centred around the patient and is built with the patient in mind.

Boston Children’s describes the second trend for 2017 as increased engagement, in the UK Roy Lilley wrote a blog at the turn of the year asking the NHS to ban the word engagement, suggesting that it is a word that should only be used to describe the meshing of gears or the sound you hear when a phone line is busy! Taking his principles and applying it to this trend though, in Ireland we will see the interest from patients in accessing leap forward through digital solutions. The ‘dawn’ of the wearable and quantified self has occurred already and yet only as we move to 2017 will patients really be able to start to use telehealth that they define themselves, that they are in control of themselves and that the benefit is targeted for them.

The adage that health in Ireland has a great deal of data, not so much information and struggles to gain timely insights from the what it collects has been pointed out a great many times over the last two years. At the innovation showcase in November a number of amazing new solutions that enable visualisation were demonstrated, no matter whether it was a holographic anatomy or virtual reality anxiety training this type of technology can and will be adopted where appropriate in 2017. The idea of training clinicians through the use of virtual and augmented reality has become something that the RCSI is pushing ahead with, it is an exciting prospect. The eHealth Ireland team is now in the process of implementing Microsoft Surface Hubs into a number of maternity hospitals, a piece of hardware built to enable visualisation and interaction of data in a whole different way.

The piece from Boston’s Childrens describes how the interoperability of information, a move away from data messaging and a move to information integration will change the way in which the clinical experience is delivered. Certainly when Ireland considers the change in the experience now possible in Cork University Maternity Hospital, Ireland’s first digital hospital, I would have to agree. The ability to have information live with the clinical team regarding the care of the patient in front of them, the ability to collect critical information and apply it to the clinical record as it happens clearly makes a difference to the care experience. When lab test results can also be automatically added to the record and algorithms can flag issues to clinical staff that can be linked to information collected in real time then at last digital will be making a difference to the delivery of patient care.

The IrishCentral.com site published a review of digital start-ups in Dublin in late December 2016. According to the site there are 775 Irish digital start-ups that have decided to locate in Dublin, funding in 2016 to these start-ups was in the region of 734 million euro! Out of the top ten funded companies six were digital health start-ups, those top six attracted 164.54 million euro of funding in the last year alone. The eHealth Ireland eco-system and the initiatives put in place by the team to support innovation being adopted into the health care system will, in 2017, continue to grow this market, concentrating first and foremost on the health of the nation but allowing eHealth Ireland to meet is secondary challenge, to be a catalyst for the wealth of the nation too.

6 – Expanded offerings from insurers and pharma

The difference in healthcare systems between Boston and Ireland is significant. The relationship between big pharma and public health care systems globally is not always a comfortable one and yet at the same time as the issues of drug costs need to be resolved we are now seeing the role of pharma in digital health changing. For example the work that Pfizer has done with eHealth Ireland in 2016 to create a digital solution to support the medicines reconciliation process from acute to primary care has been extremely successful, so much so that eHealth Ireland will look to implement the solution country wide in 2017. The insurance companies in Ireland have led the way in providing access to telehealth solutions, offering solutions like Web Doctor mentioned above and the ubiquitous Babylon Health solutions to customers, changing the access model for customers to one that is less demanding on the health care system itself.

Homes are now asking Siri, Cortana and Alexa for help, search YouTube to the video of all three in a perpetual loop seeking assistance from each other for a feel for how the battle of the virtual assistance is going to take off, one of the funniest things I have seen all year. We really can imagine these services coming to health quickly, voice recognition and dictation is already a key part of any radiologists ways of working for example. When an EHR for Ireland is specified there will need to be an ability not just for the capture of text and images but also voice recordings, a giant leap into new unchartered territory that will need to be managed carefully from a security and governance point of view.

Its great to consider the trends of the future, there is a whole career out there now as a futurist for many commentators on eHealth and where it is going. The difference for eHealth Ireland in 2017 is that because of the foundations created in 2016 each of these seven trends feels that bit more achievable.