Transition to transformation to continued development. 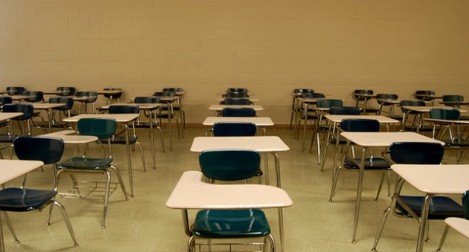 So there we were, three lads at the back of Mr. Carter’s British History class, Richard H, Richard C (me) and Gary. This was going to be a two year support friendship to ensure we passed a GCSE that to me was important as at that stage in my life I thought I was going to be a teacher, and a teacher of history to younger kids no less!

What was odd then is the debate that would start once a week about which band was best, Richard H was U2 (Cheering at the back I assume), Gary was Queen and I was Simple Minds. The back cover of our History books at the age of 15 would have the co-joined S and M for Simple Minds on mine, a crudely drawn Claddagh was on Richard H’s and poor Gary had to make do with trying to draw the iconic Freddie pointing to the sky from Live Aid.

The quiet debate when we were supposed to be doing small group work on whether the Archduke Franz Ferdinand’s assassination had caused world war one would often turn to which band was best, and which would stand the test of time.

Bands could transition but could they transform.

Our team comes together today (17th of September) for the second time in 2015. The key themes are the completion of our organisational transition and the move to a transformed organisation, as well as an exciting look at the art of the technologically possible in healthcare.

So what lessons can we learn from Bono, Jim and Freddie and the debate that we had on the back row of History class?

Transition is the easier of the two tasks that ensure a reformed approach to IT delivery is in place. Transition can be as simple as moving the ‘deck chairs’ on the ship deck, but truly transforming the way the team delivers requires a whole lot more. I have to now concede to Richard H, U2 are the only one of the three bands that has stood the test of time and transformed themselves time and time again. How has Bono, the Edge and the other two pulled that off, where Jim in particular simply didn’t? By looking at the whole picture I would suggest U2 have understood the change in taste, adapted and continued to deliver. They have understood how technology impacts on what they do and have embraced it, gaining the benefit and only rarely getting it wrong, and when they do get it wrong, correcting the mistakes and continuing to transform.

What is the goal of transformation? For me, first and foremost it is to create enthusiasm. If you think of the elements as an equation:

I guess we can say the square root of this equation is improved delivery capability! We now embark on transformation though in reality.

The new teams are in place and the route through those teams to ensure safe and agile delivery is mostly designed. The challenge we now face is how to move from our very own Rattle and Hum stage to Achtung Baby and onwards, and the journey we need to take our fans on with us.

The journey as always is grounded in the concept of not breaking anything on the way. This has been written in red marker on our transition plan since January of this year, and we know it is a challenge. In the reforming of a team with such a significant responsibility as well as new important and innovative tasks to complete, it is clear we have to protect the service we have put in place. Unlike U2, we can’t afford the controversy and perhaps publicly perceived failure of Songs of Innocence.

The protection from this then is our new Service Management function. Much is written about the function of service management in the delivery of technology. When the NHS embarked upon its huge transformational National Programme for IT it invested heavily in service management before the first system even went live. A criticism from the delivery team inside this programme was often that the service delivery function did anything but deliver, and we must be mindful of learning from this, creating a relationship that facilitates interaction between the programme functions and service management that will not only support delivery but drive it forward.

My own ambition is to perhaps to take the best of Queen, Simple Minds and U2 and create a new super group. The super group will have the drama, captivation and live capability of Queen, the brutal honesty and life lessons of Simple Minds and the ambition, creativity and intelligence of U2.

If Simple Minds could start life as Johnny and the Self Abusers and U2 came together first as The Hype then I am certain it will be acceptable for us to initially come together as HSE IT then transform in to eHealth Ireland with a new culture created, not by the positioning of a new name in a new font but by a vision, plan and the enthusiasm of a great set of band members!

We are still creating that fan base of what we do after all, and transformation is a tool for keeping an audience interested, but at some point the transition has to reach its culmination and the delivery of the product needs to be complete. At this point we need an answer to a key question that the record companies of our three analogy setting bands must often ask, “What next?”.

The delivery of technology into health needs to be less about technology and more about business change. We talk a great talk on the subject of business ownership of projects. I have said as CIO that I do not want us to own any projects by 2020 and that we should not even be seen as anything other than a function of healthcare delivery in Ireland by this time. That then gives us a raison d’etre for transformation:

This then becomes the super group’s album title!

The three of us at the back of history never did settle the debate. I would hazard a guess if we came together again now we would probably allow nostalgia to colour history and empower us to think that at a snap shot in time we were the ones that were right. I do know all three of us moved on. As tastes changed, evolved and transformation of what we needed occurred then we looked for different solutions.

If we define success in any way through, it is what the fans want, and U2 still can sell out any tour anywhere in the world in minutes. I hope everyone who needed a ticket got one for November’s excitement here in Dublin!