UK CIOs, best in the world… 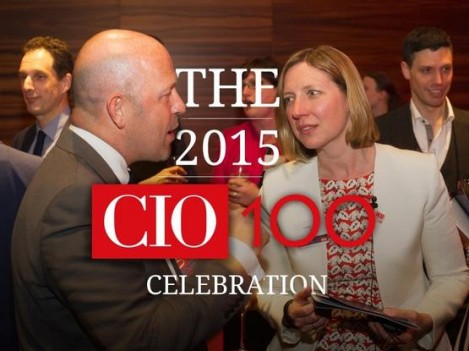 The conversations in the room at the CIO 100 events are always inspiring, last year a group of CIOs came together and discussed if the role of the CIO was a horizontally transferable skill, we came to the conclusion that it would be but it would be hard work doing it smoothly.

The conversation around a number of groups and even from the stage this year was that CIOs in the UK are now ‘world beating’! Given I am no longer in the UK a little bit of me felt a pang of jealousy for this statement. But what did the groups mean and the comment from the stage seemed valid but what was it based on? Further investigation of these glowing statements pointed to the attitude of CIOs in the UK being the difference. There was recognition of two key areas, the importance of the team and recognition that the CIO role is no longer a technology role.

At the awards there was a popular tweet that denounced the term CIO and described the CIO100 as being the 100 most transformative business leaders in the UK, quite an accolade for what another CIO claimed was a group of engineers who never quite got engineering!

A comparison to the US was made a number of times both around the networking tables and from the event sponsors. The UK is now able to field a group of CIOs who understand clearly that the role of creating disruption through technology is not a programme of work about the technology but a programme that allows and facilitates technology delivering outcomes. For me this is hugely positive, healthcare IT has been trying to move to this position for over ten years, the fact that I am now asked for advice from the US on how to do things that the UK and Ireland are achieving backs up this transformative opinion.

How have UK CIOs done it though? Damn hard work was one expression made, however events like the CIO100 that bring together like minded individuals to share ‘war stories’ and show off ‘battle scars’ have created a culture that then can be replicated into the team back at base.

It was hugely impressive both at the CIO summit in 2014 and at the CIO100 awards to hear Anna Barsby the CIO of Halfords and this years number one CIO talk about team building skills high and above the art of the technologist. The debate about the Chief Data Officer may as well be put into the proverbial trash can for now, because the real debate is the role of the IT Leader and how that is making the big difference for the CIO in the UK.

Being able to lead a team, to transition a team to a new state that has business outcomes as a central motivator is why the people in the room believed the UK CIO is thriving. The UK CIO has become a people person. In the last week a tweet from HIMSS (The global health IT conference with over 45,000 people in attendance) showed a slide from the CIO stream, the ‘I’ had been re-described as the Chief INTERESTING Officer. Maybe this is also part of the CIO success story in the UK. The CIO engagement with the board and a capability to take the CIO role to the most senior level has made CIOs more interesting, they have had to build a skill set above and beyond expert technologists and that now is reaping dividends.

I recently moved to a new role, the usual focus on the first 100 days ensued. Now moving into the fifth month I can reflect that the biggest journey thus far (and to come) has to be the team development and awareness journey.

Recently a member of my senior team popped his head into my office, jokingly commenting that we were really shaking it up with the team now. The reason for the joke, because the team is going into one of our hospitals to have its next team meeting and taking a leader from one of the big hospitals into the senior team meeting, making it real for both the operational IT leader and the strategic senior team. By no means rocket science, not even that ground breaking from a management practice point of view, but people orientated, interesting and putting what we deliver at the centre of the conversation.

Two final quotes from the CIO100 awards have to be played back; they both went out on twitter on the night. Any organisation that is empowering the people that use the systems we deploy to comment will now know that,

‘The level of feedback we now get is relentless, we have to focus on the customer,’

and last but not least, ‘…grow top talent in your team and then sit back and have time to do lunch!’

…. a damn good reason to keep the new faith in the UK CIO!