Guest Blog – And the problem is… 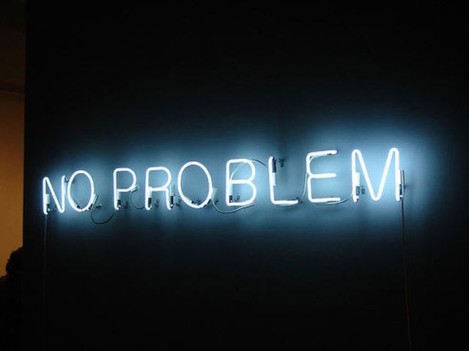 Richard Horton is a Service Delivery Manager at the NIHR CRN, he has responsibility for the service improvement of one of our major systems over the last 18 months, turning around a service described by some as the ‘rotten tomato’ service into one that the service board are now hugely proud of.

When organisations look at managing their IT systems as services, typically they start by focusing on how to get people up and running again when something doesn’t work as it should, then they turn to ensuring that changes to the systems in question happen safely. Once this sort of control is in place they start thinking about how to deal with the underlying problems that keep causing things to go wrong. The basic theory here is that behind a problem there is a root cause, so you dig beyond the effect that the problem has and identify the cause, which then means you can fix it.

I was struck recently by a scientist who challenged a politician along the following lines. The politician was asked if he insures his house against fire/flood and the answer was yes. He was then asked why, if he insures his house against an event with a less than 1% chance of happening he doesn’t take action on climate change where scientists would say there is at least a 90% chance of it being a result of human behaviour.

Here we see some of the complexities. Insuring your house is a no-brainer – something that is culturally so established that we don’t question it. Changing our environmental impact is completely different. What actions should we change and what difference would they make ? How can we get a global change in behaviour ? How long would an effect take to be felt ? How much is the world prepared to invest ? How far will unilateral action make a difference ?

And all the time we face a challenge. We won’t see the benefit of the huge investment required for a long time, in fact the people who would really benefit (or suffer) from the actions we do or don’t take are our children and their children.

We make decisions all the time based on our perception of risk and opportunity. However, as the scientist’s question highlights, our decisions aren’t necessarily fully thought through or rational and consistent.

I work in the health research arena. Here long timescales are part of the territory, with a drug typically taking 17 years to get from the initial idea to a drug that’s available for patients. So, for example, it’s a concern now that pharmaceutical companies aren’t generating the next generation of antibiotics, though the effect of that absence won’t be felt for a few years.

In the past research didn’t necessarily get its appropriate place in its NHS context. Money was provided but there was nothing stopping that money being diverted to satisfy short term operational needs. While this may keep hospitals running in the short term it won’t address those future questions. Government money has been assigned for some years now, and the supporting research infrastructure has been refashioned to give clearer focus here. The results are being felt in more research happening more efficiently and more effectively. That’s only part of the equation – pharmaceutical industry investment is needed too, for example – but it gives an idea of how some structural changes can make a difference in our effectiveness in addressing problems with complex root causes and hard to quantify risks.

On a micro level, I’m involved in the same sort of activity – seeking to tease out those causes and issues so that the IT services we provide are fit for purpose and support the wider health research community.  There is a constant tension between the short term demands of delivery today and positioning our service appropriately for the future. And, as with climate change, it’s a lot easier to argue for concentrating on something today that delivers a tangible outcome than to argue for making an investment for the future that gives a more indirect and less easily quantified benefit.

So, we come back to the beginning. Identifying root causes is a big challenge, but so too is defining the problem appropriately. It’s not just about spotting an immediate effect, it includes spotting time bombs that are waiting to catch us out. It’s not just about the obvious outcome that has already been  or could be experienced, it includes having clarity over the deeper impact, and exploring what actual level of risk exposure we are carrying. And even then it’s not enough. If we don’t care about the future or are placed under undue pressure or do not have the capability to gain a consensus among the people with the power to change things, then even with all the evidence in front of us we will take the short term gain decision.  Considering the longer term is fundamental to success in areas like health research and climate change, but is not just a Big Picture consideration. We can apply the same principles at our more local levels. We can, and should, seek to improve our practice in this tricky area bottom-up as well as top-down.

Of course it would be nice not to have the problems in the first place. If we can put effort into designing solutions to avoid problems then we make life a lot easier for ourselves – problems are harder and more expensive to identify and resolve after implementation than at the design stage. We can’t side-step cancer like this, but we can address problems faced by researchers by giving the research process that they use this sort of treatment. To go back to my first example, if we can design solutions for the future which anticipate the challenges our responses to climate change are likely to face, and if we can make it possible to address these challenges, then there is more chance of success. Sound a tall order ? I didn’t say it was easy.

To connect with Richard and find out more about his experiences in service management within the Clinical Research Network contact him at: Richard Horton

View all posts by Richard Horton