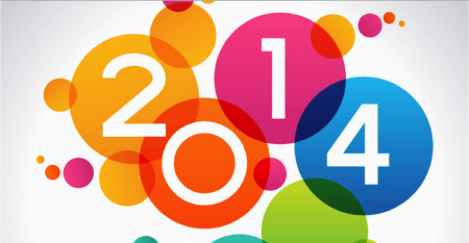 Last year around this time I wrote my first blog piece that wasn’t related to work and being a CIO in the healthcare business.

I wrote it on a whim to reflect on all the great things that 2013 had brought, and boy 2013 had been a great year! 2014 has followed in a similar way, perhaps more change than I would have thought this time last year, I certainly did not think I would be sat in Ireland writing this that’s for sure but it has been a great year.

As with last year music remains a huge part of our lives. In 2014 the theme that started in 2013 continued with a much more cheerful outlook to the music that gets played the most. Since 2002 I have tried to create a playlist of my top twenty songs of the year, it used to be traditional for a group of us to ‘share’ these around but technology has moved us on, I am not sure what some people would do with a CD with 20 songs on if I gave it to them nowadays!

So, its 22 rather than 20, I just couldn’t get it any lower this year, there has been so much new and different music available, I guess some of that is related to how easy it is to listen to new music and some of it relates to the impact of peoples tastes who you are around? So much of it reminds me now of the sunshine, some of it even comes from a prediction made as a comment on the 2013 version of this blog (Step up Alex T with the wise words on Gorgon City).

Yet again I feel I ‘could have done better’ with the book diary, there have been some gems in there though, both literary wonder and classic beach fodder! My top five books of the year are:

If I had to pick a top book though it would be Matt Haig’s, an absolutely brilliant ride of a book, half way social commentary, half way sci-fi half way comedy, surely its crying out for the film rights to be snapped up!

Also highly recommended for anyone who wants to try to understand what baseball is all about are two wonderful items; the first is a book simply called Baseball by George Vecsey, it puts the context, rules, excellence and addiction out there and allows you to begin to understand why Baseball is the sport it is, the second item is the film to Million Dollar Arm which is so entertaining and delivers a real insight into how Baseball is played in America, a great way to move on to films.

When it comes to films I still seem to be a wait for the Blue Ray kind of person it would seem, much to the irritation of my other half. So my top five films are all ones I have either seen on Blue Ray or on flights this year:

So my cinematic taste hasn’t grown up still. Last year I missed Gravity, Captain Phillips, Wolf of Wall Street and Dallas Buyers Club off the list all of which were amazing films but films mean something different to me than music, they seem to be so much more about the immediate gratification whereas I am so much more patient with music and its ability to get under your skin and grow with you. Both Lone Survivor and The Conjuring had me hiding behind my hands and yelling at the screen, for me what a film should do?!

In 2013 we travelled a great deal, when we look back on it now it was only a dint in the travel we did in 2014. For me two weekend breaks we took were something else, to be in Rome for my 40th birthday was extraordinary, wine tasting in a quite wonderful little back-water wine cellar with a small bunch of people was a special experience. The other weekend break was a late trip to Barcelona, a city I have always wanted to visit, and now would go back at the drop of a hat, we were very lucky, we went when it would be a little quieter so we could get around and yet the weather was mostly great. So much to see though, so many wonderful little places to eat and drink truly a great city to enjoy the ‘bar fly’ experience.

Our Easter trip to the states was quite a surprise too, both of us on a proper road trip taking in Boston, Princeton, Philadelphia, New York and Washington DC in ten days meant we got to experience so much of east coast USA. We were able to live out our West Wing fantasies at Foggy Bottom as well as see the quite extraordinary experience that is the NYC Easter bonnet parade, never have I seen so much effort go into the creation of a hat!

The most important trips though have to be the Ireland trips this year, arriving in August to be interviewed for what would become my dream job was quite a scary trip but one that re-affirmed that we both wanted it, house hunting Kirsty and Phil style was a couple of fun days too and got us to where we wanted to be for the next chapter in our lives.

The last list of ‘things’ for 2014 is the events, last year it was the gigs and theatre trips, this year it has to stretch to be the events a little more, I thought last year it was because I am getting too old for the gigs, and I still think this is probably the case, but also its becoming just as much fun to go to the speaking events and be part of these as it is to dance the night away at a gig:

So, that’s it, the end of 2014, and the leap into 2015! With several friends getting married in 2015, holidays in the calendar already, camping in Northumberland and the family traditions of Ibiza and Field Day to look forward to already I can’t wait to sit here and reflect on 2015 in twelve months’ time.